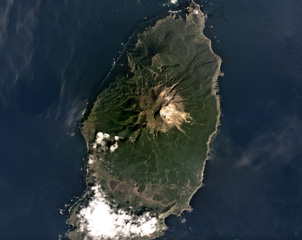 
Four groups of fumaroles were observed in a crater, breached to the SE, during a 14 January overflight.