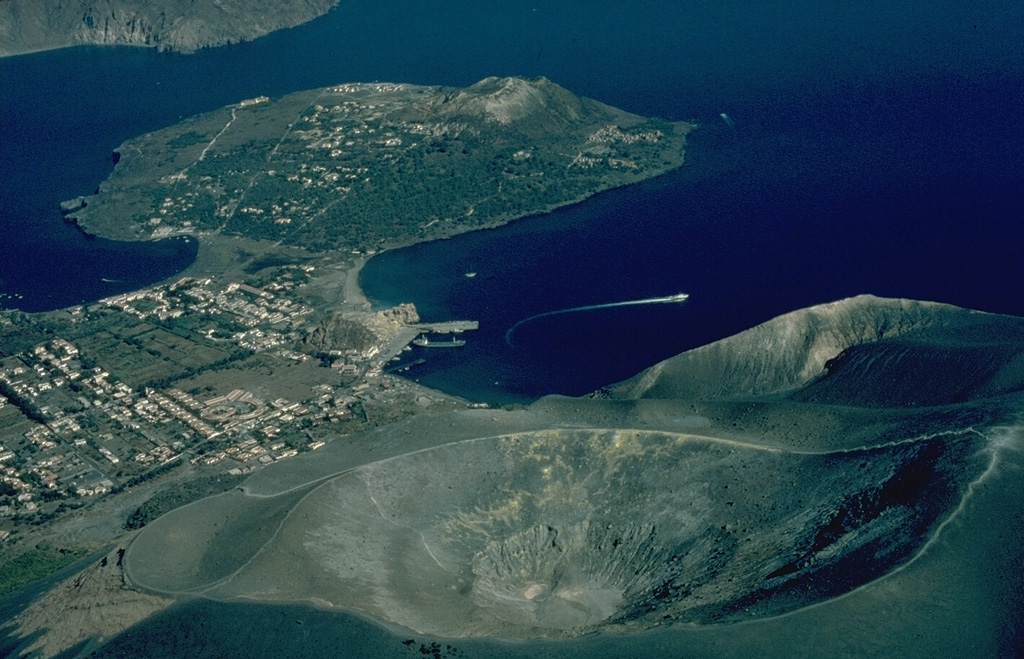 The peninsula of Vulcanello (upper left), at the northern end of the island of Vulcano, is the latest of a series of north-migrating eruptive centers on Vulcano. Its growth began in 183 BCE, when submarine eruptions formed an island. Eruptions eventually formed three cones up to 123-m high surrounded by lava flows that joined Vulcanello to the main island. The crater in the foreground is Fossa, the source of most historical eruptions of Vulcano.