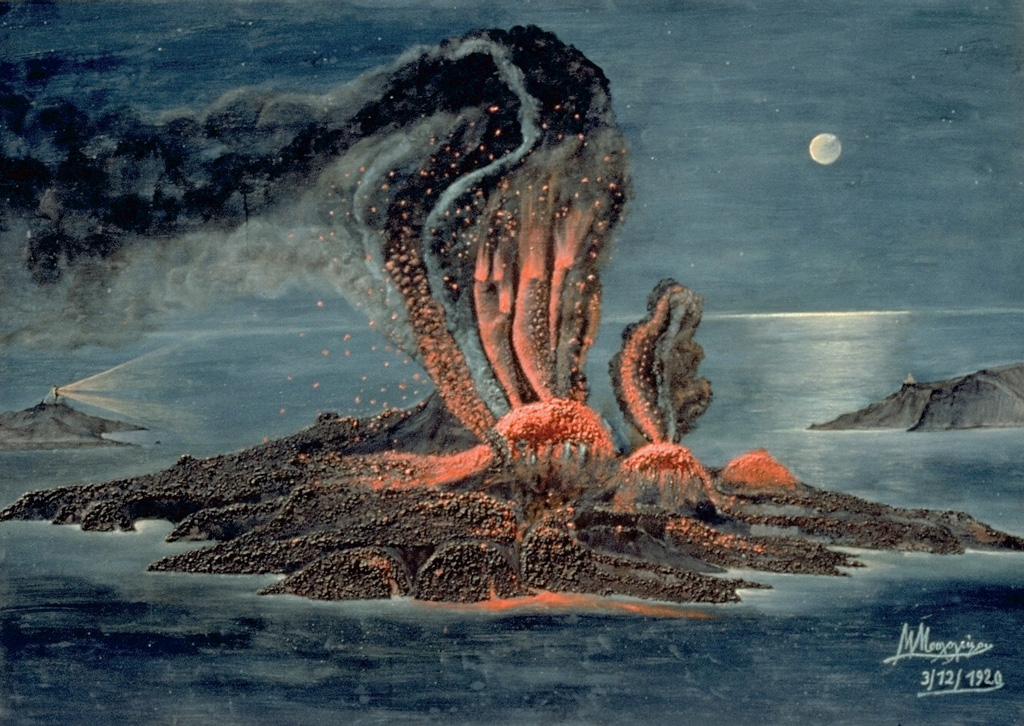 An eruption from 1939 to 1941 began with submarine explosions and lava effusion on the west coast of Nea Kameni Island, seen in this painting viewed from the NE. Over the next two years lava effusion near the center of the island, sometimes accompanied by explosive activity, produced a group of small lava domes and lava flows that traveled dominantly to the east and west. This marked the last major stage in the growth of Nea Kameni Island.