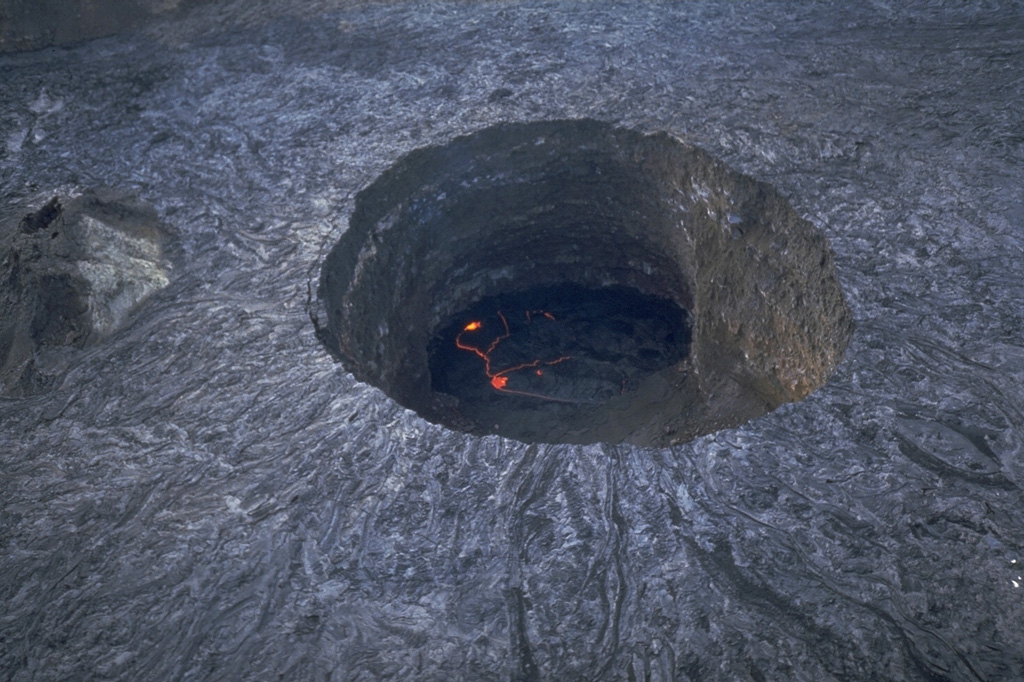 The 100-m deep southern pit crater cuts the floor of the summit crater of Ethiopia's Erta Ale volcano. This November 1992 photo shows an active lava lake at the base. Fresh lava flows radiate away from the crater rim. They were produced by lava overflows from the crater, particularly during 1971-73. The southern pit crater has had an active lava lake since at least 1967, and possibly since 1906. Few observations are made of this remote volcano, located in the extremely hot and arid Afar region.