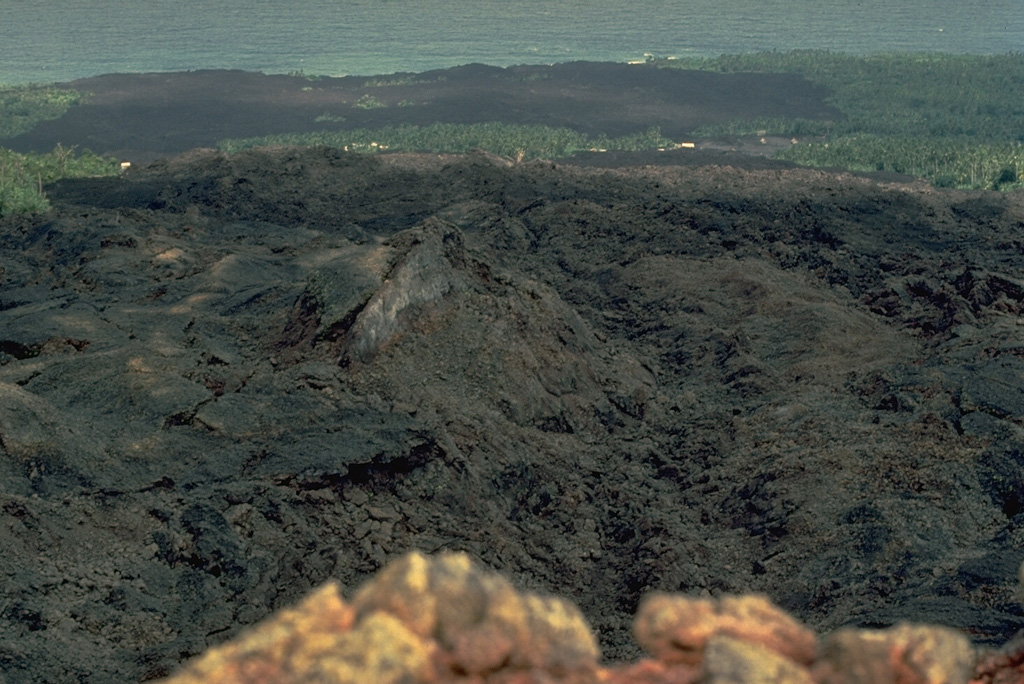 A black basaltic lava flow originating in 1977 from the SW-flank cinder cone in the foreground cut the main west-side highway on Karthala Island, partially destroying about 300 houses in two villages along the road 1 km below the vent. After diverging around a vegetated kipuka, the flow reached the sea along a 1.5-km-long front. Ashfall from the April 5-10, 1977 eruption also damaged the village of M'Djoyezi, which was located 1 km west of the vent.