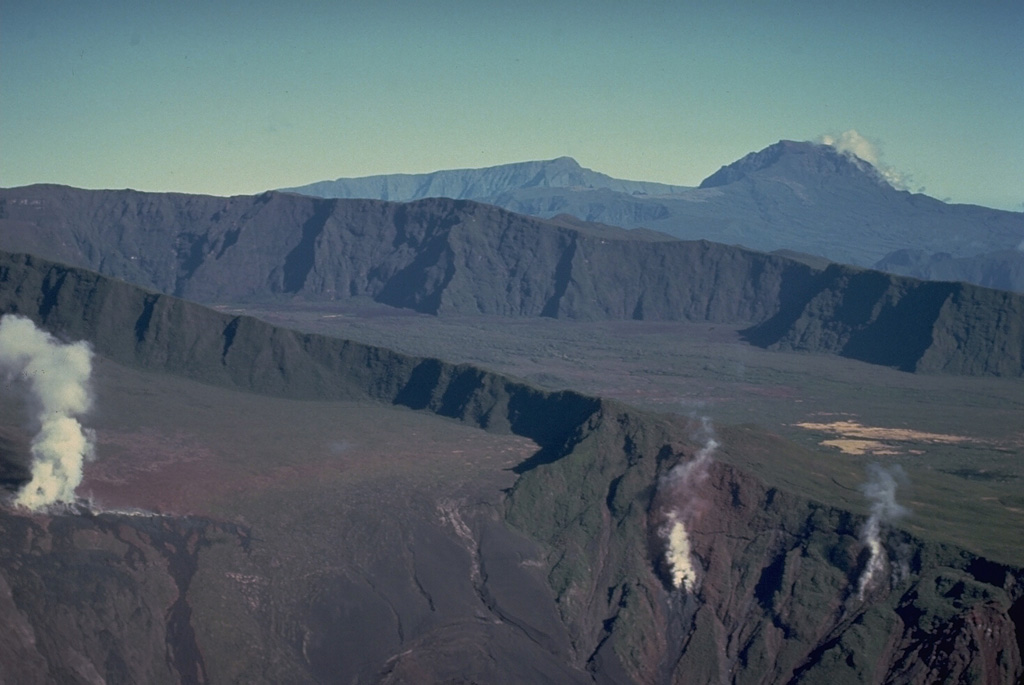 Steam rises from fumaroles on the walls of Bory (left center) and Dolomieu (lower right) craters. The two craters occupy the summit of a Holocene lava shield that was constructed within an 8-km-wide horseshoe-shaped caldera, whose NE rim forms the steep wall in the background. Lava flows covering the NE part of the caldera are older than those on the eastern and southern sides of the caldera, where historical lava flows blanket most of the caldera floor. The deeply dissected Pleistocene Piton des Neiges shield volcano forms the horizon.