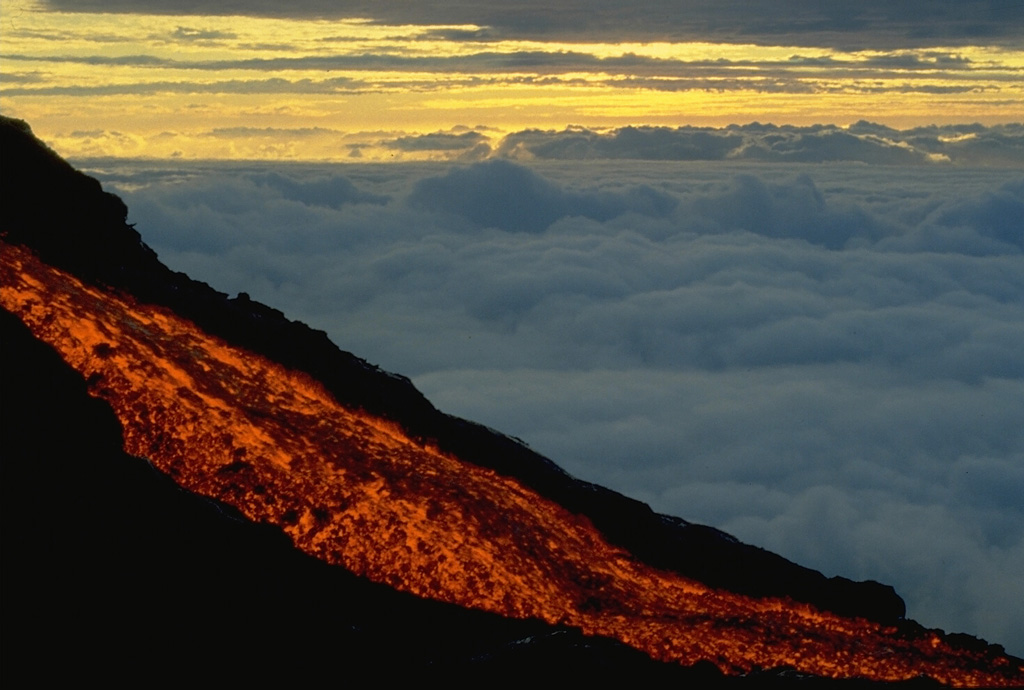 A glowing lava flow descends the flank of Piton de la Fournaise volcano at dawn in September 1985. A long-term eruption that began in June 1985 and lasted until December 1988 produced lava flows from vents within the summit crater of Dolomieu, on its flanks, and on the outer SE flank of the volcano. This was the first outer flank activity since 1977. The SE-flank lava flows destroyed eight houses before reaching the Indian Ocean.