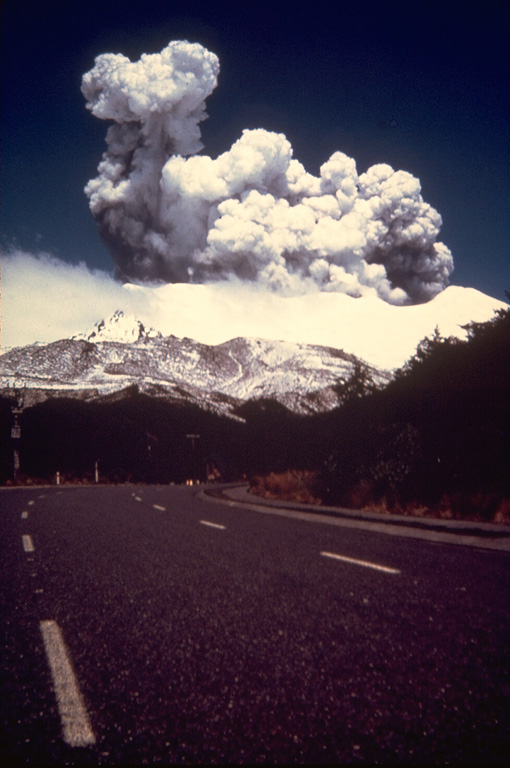 An eruption plume rises above the summit of Ruapehu on 11 November 1977, as seen from 5 km N of the summit on the ski area access road near Whakapapa village. Minor phreatic eruptions began in July and lasted until January 1979. The larger explosions in November produced pyroclastic surges in the summit crater area and a lahar down the Whangaehu River on the E flank.