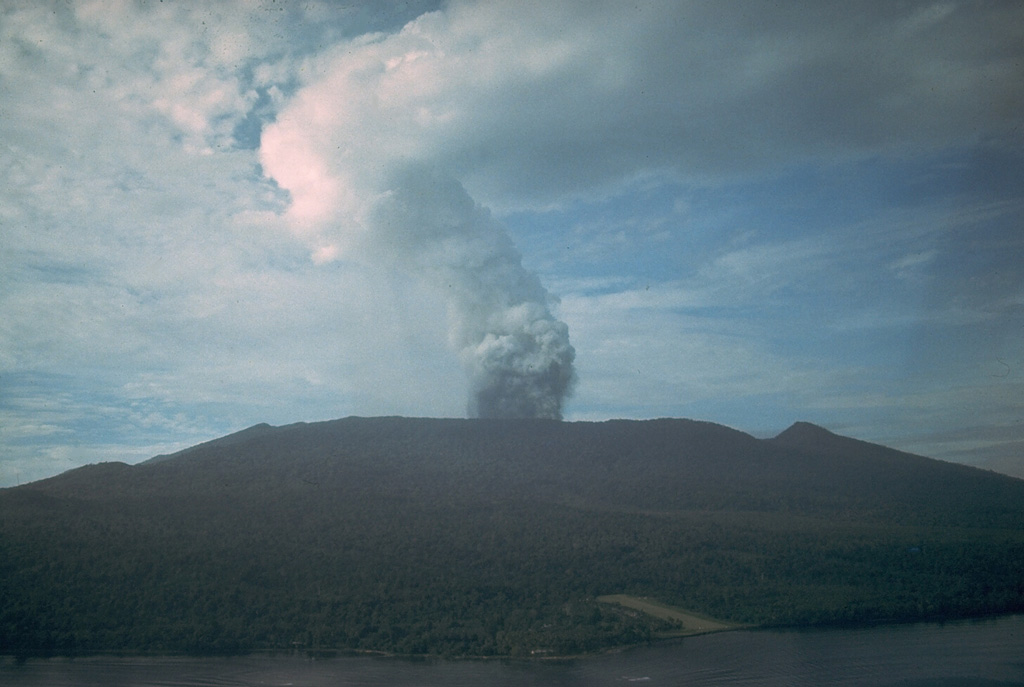 An ash plume rises above the summit of Karkar volcano in 1979. There are two nested summit calderas at the summit of the forested volcano resulting in a broad, low profile. The 5.5-km-wide outer caldera was formed during one or more eruptions, the last of which occurred 9,000 years ago. The 3.2-km-wide inner caldera was formed sometime between 1,500 and 800 years ago. Most historical eruptions, like this one in 1979, have originated from Bagiai cone within the 300-m-deep inner caldera.