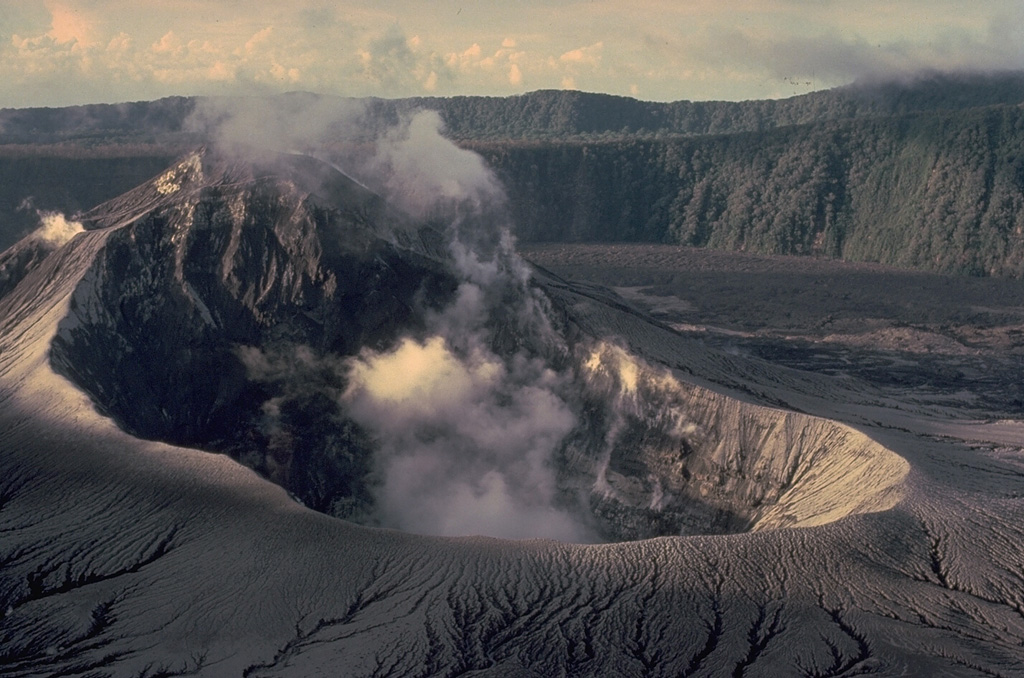 Steam rises from the summit crater of Bagiai cone in the inner caldera of Karkar volcano in September 1979, shortly after an eruption that ended in August. Fresh pyroclastic-fall deposits that mantle the slopes of the cone originated from a new vent on the caldera floor at the SE base of Bagiai. This view from the south caldera rim looks across Bagiai cone to the wall of the inner caldera. The outer caldera wall forms the horizon.