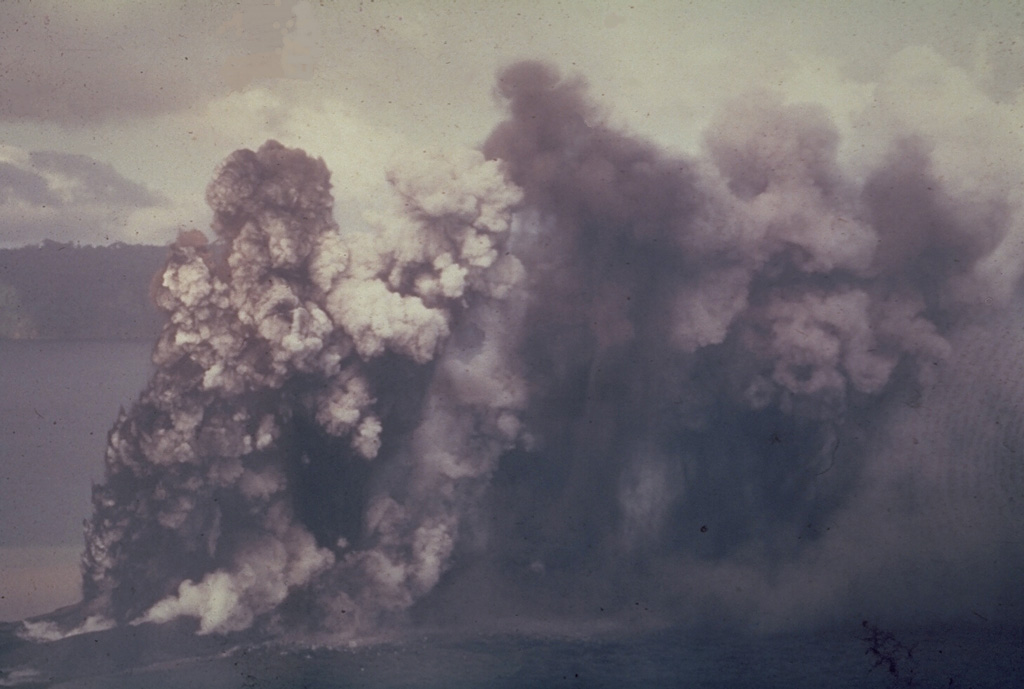 An ash plume rises above Motmot Island within the Lake Wisdom caldera of Long Island in 1953. Explosions that ejected ash and lapilli began on 8 May. Intermittent explosive activity continued until 7 January 1954.