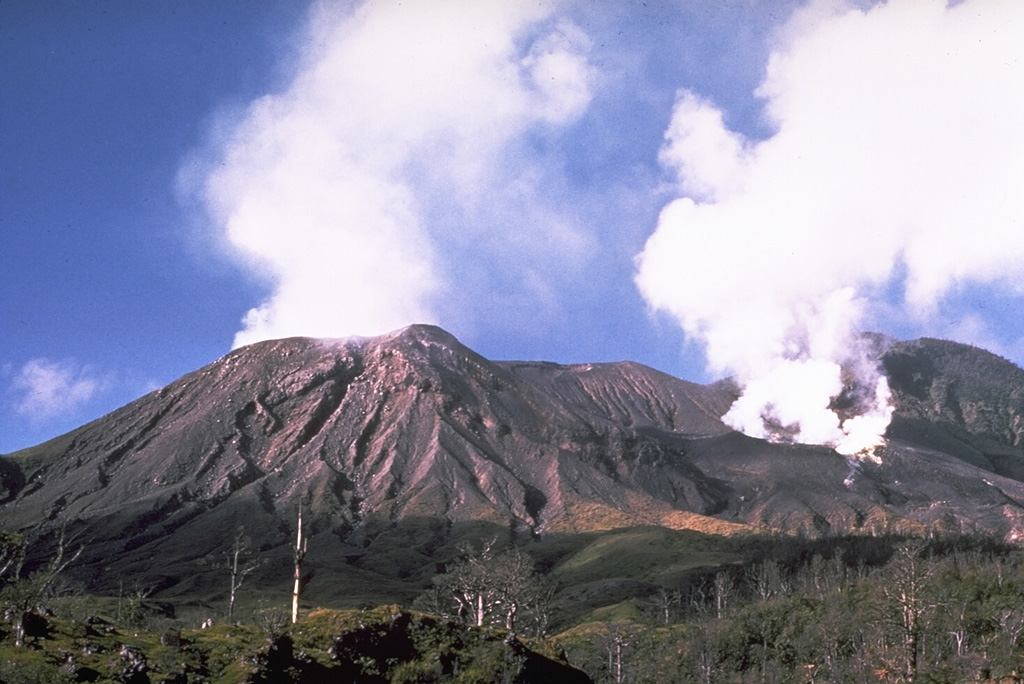 Langila, one of the most active volcanoes of New Britain, consists of a group of four small overlapping cones on the lower eastern flank of the extinct Talawe volcano. Plumes are shown here on 4 September from Craters 2 (left) and 3 (right) during a 1970 eruption. Frequent mild-to-moderate explosive eruptions, sometimes accompanied by lava flows, have been recorded since the 19th century from the three active craters at the summit.