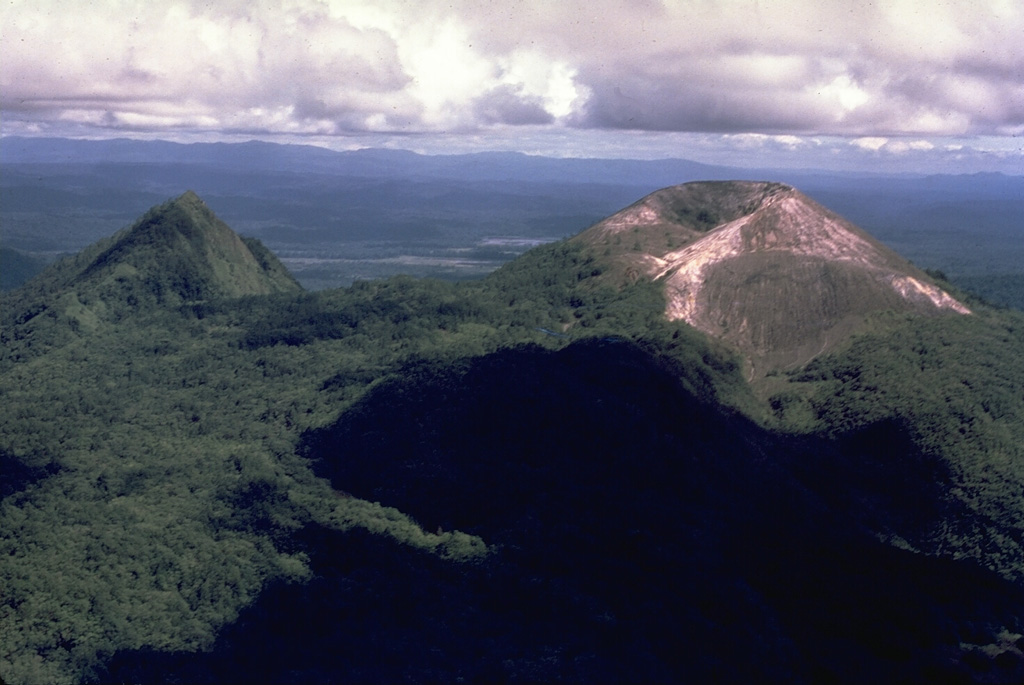 Pago (right), seen here from the N, is a young cone that was constructed within the 5.5 x 7.5 km Witori caldera. Caldera formation occurred about 3,300 years ago and was accompanied by voluminous pyroclastic flows. Pago, which may have formed less than 350 years ago, has grown to a height above the caldera rim. The vegetated lava flow that descends to the left between Pago and the peak to the left was emplaced during a 1911-18 eruption. The 5-km-long lava flow banked against the eastern caldera rim.