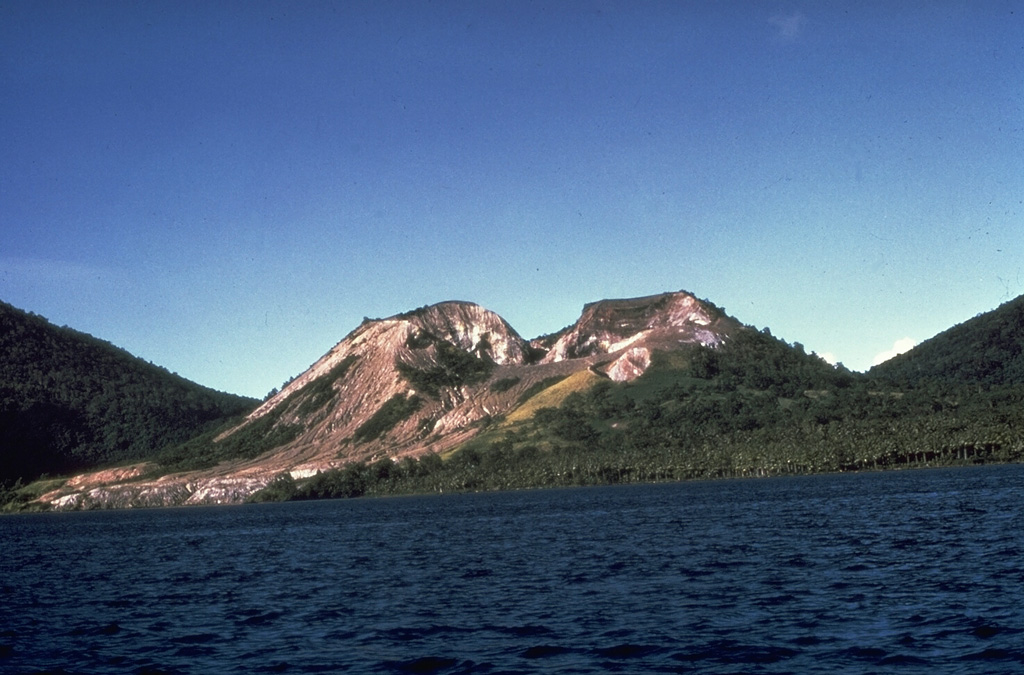 Tavurvur, seen here from the SW on a boat in Matupit Harbor, is one of several post-caldera cones constructed along the NE margin of Rabaul caldera. The cone has an irregular crater rim with a low point on the SW side; its summit and flanks have several overlapping craters. Tavurvur has been the most active of Rabaul's volcanoes, with recorded eruptions since the 18th century. Tavurvur erupted simultaneously with Vulcan on the SW side of the caldera in 1937 and again in 1994.