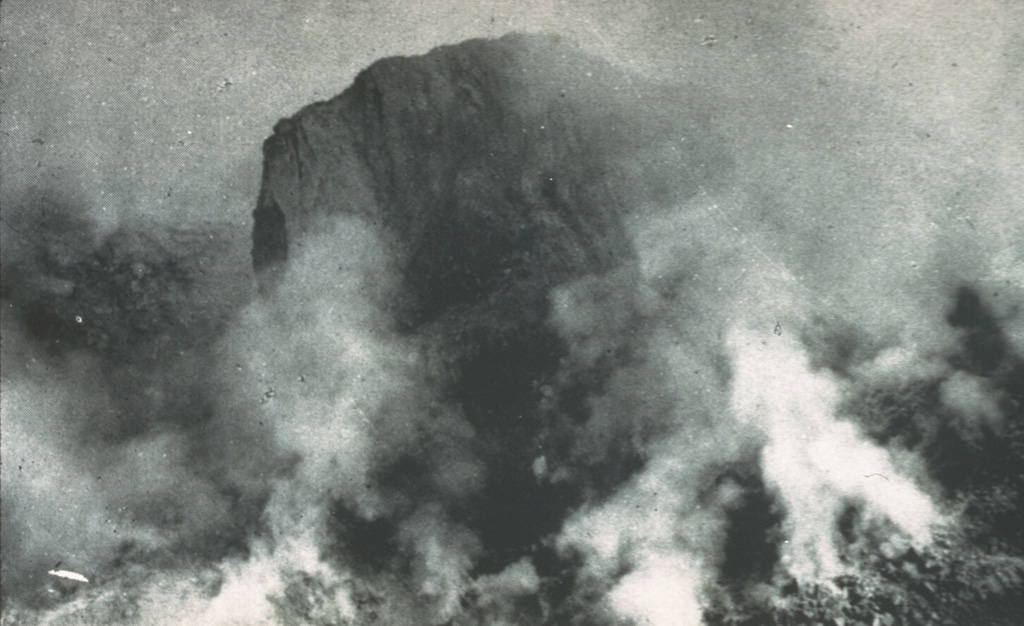 On 19 August 1951 this large lava spine towered about 130 m above the surface of the growing lava dome. Growth of the spine had ceased at about this time. Extrusion and destruction of lava spines occurred frequently during the five-year long period of lava dome growth.