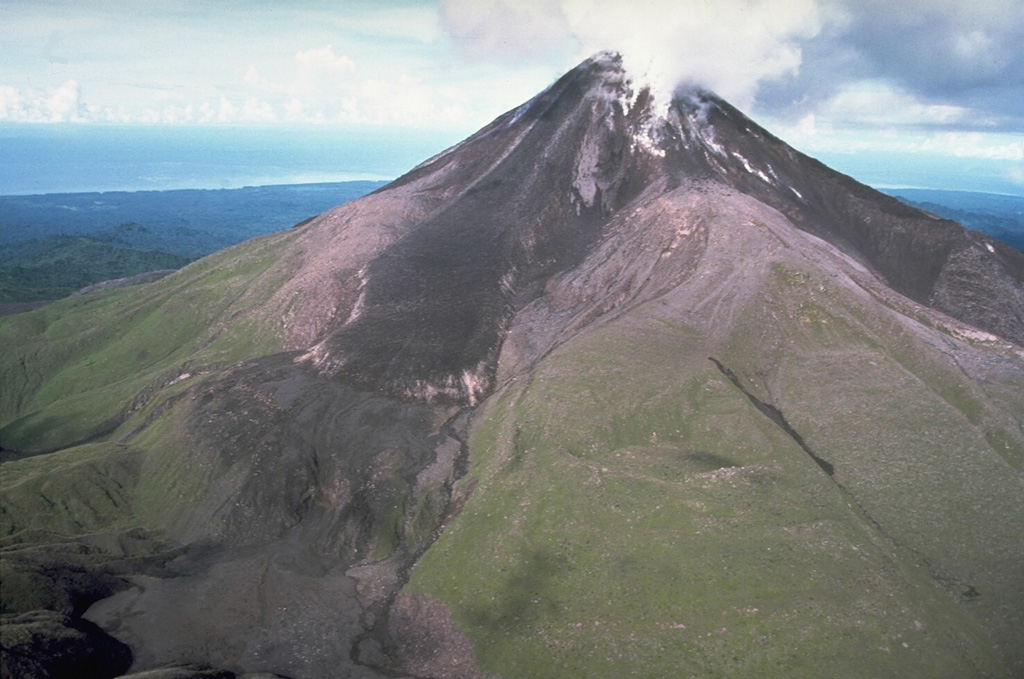 Plumes rise from a slow-moving andesite lava flow descending the NW flank of Bagana on 26 April 1988. The flow at that time had been moving for about 3 or 4 years and is typical of the lava extrusion that began in 1972. This volcano was largely constructed by an accumulation of viscous andesite lava flows like this one.