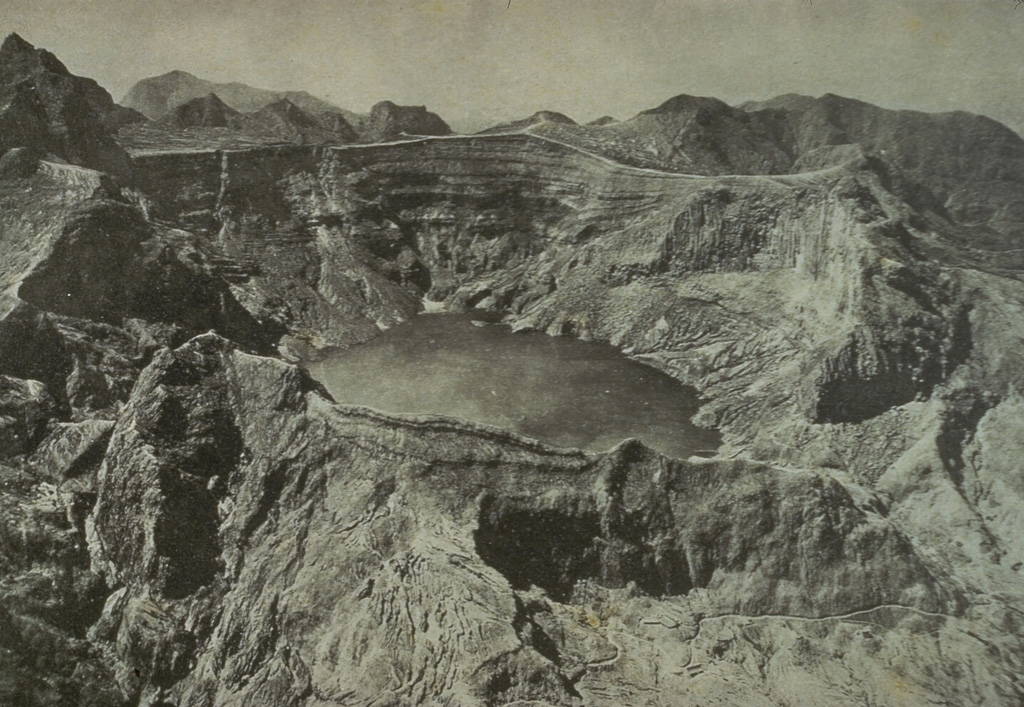 This August 1922 photo from the NW shows the still vegetation-free summit of Kelut volcano following the powerful May 1919 eruption and the relatively mild December 1920 eruption. The 1919 eruption produced devastating pyroclastic flows and lahars that killed over 5,110 people. This prompted an engineering project to construct tunnels to lower the level of the crater lake, which was completed in 1926. A milder explosive eruption in 1920 was accompanied by extrusion of a small lava dome beneath the crater lake.