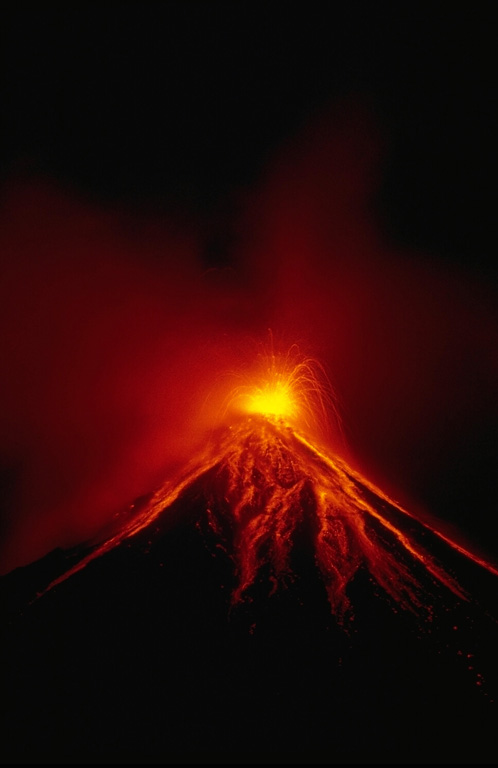 A Strombolian eruption on 15 September 1984 ejected incandescent blocks that rolled down the flanks of Mayon. Sustained lava fountaining produced lava agglutinate that congealed on the upper flanks around the vent. This eruption, which began on 9 September, also produced powerful vertical explosions and pyroclastic flows that traveled out to 7 km from the summit.

Photo by Ernesto Corpuz, 1984 (Philippine Institute of Volcanology and Seismology).