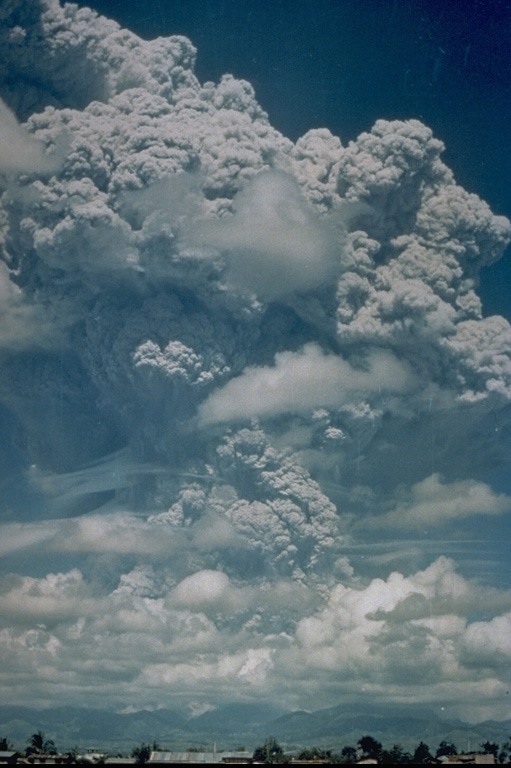 A large Plinian ash plume towers above Pinatubo in the Philippines on 12 June 1991, reaching an altitude of 19 km. This was the first in a series of powerful eruptions that culminated on 15 June with major pyroclastic flows that traveled down all sides of the volcano. Collapse of the summit then created a 2.5-km-wide caldera. This photo was taken from Clark Air Base, about 25 km ENE of Pinatubo.