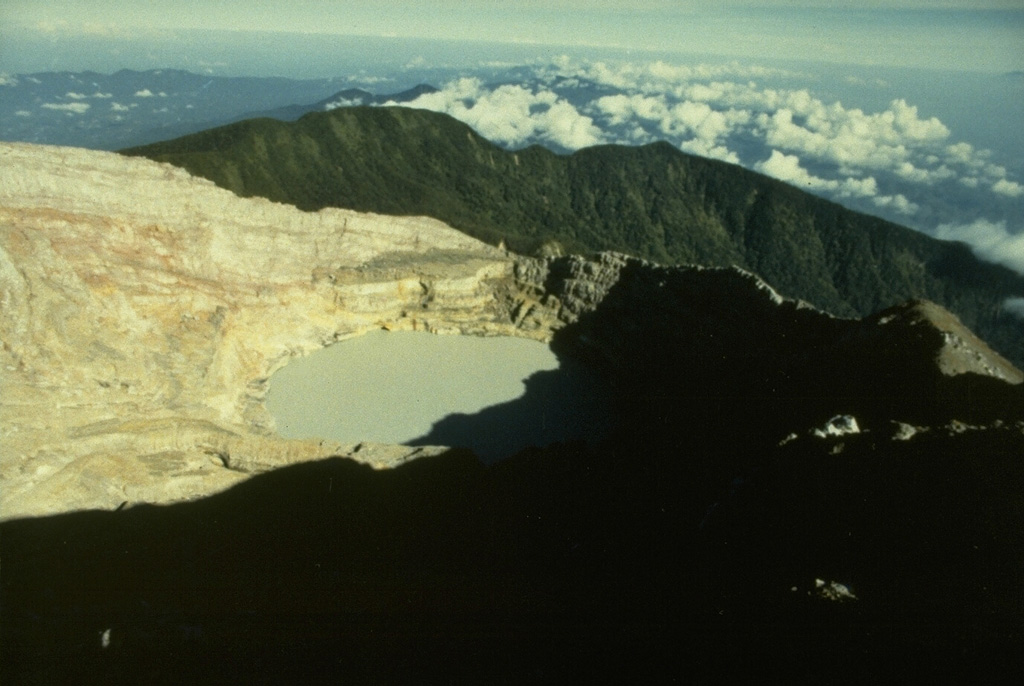 The youngest crater of Dempo volcano, at the WNW end of a series of six partially overlapping craters at the summit, contains a 400-m-wide crater lake that has been the source of frequent phreatic eruptions during historical time. A seventh smaller crater is located on the upper N flank. Dempo is one of Sumatra's most active volcanoes, frequently producing small-to-moderate explosive eruptions.