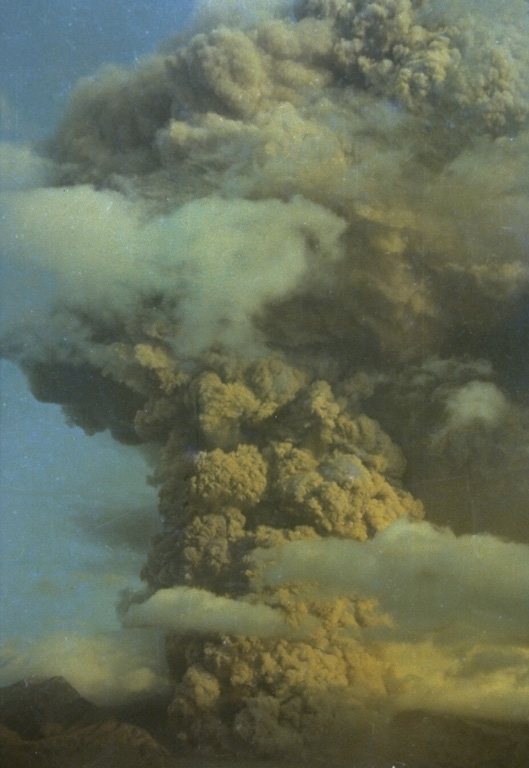 An ash plume rising above Galunggung in October 1982. Intermittent explosive eruptions had taken place since the start of the eruption on 5 April, accompanied by pyroclastic flows and lahars that devastated nearby areas. More than 40,000 people were evacuated during the eruption.