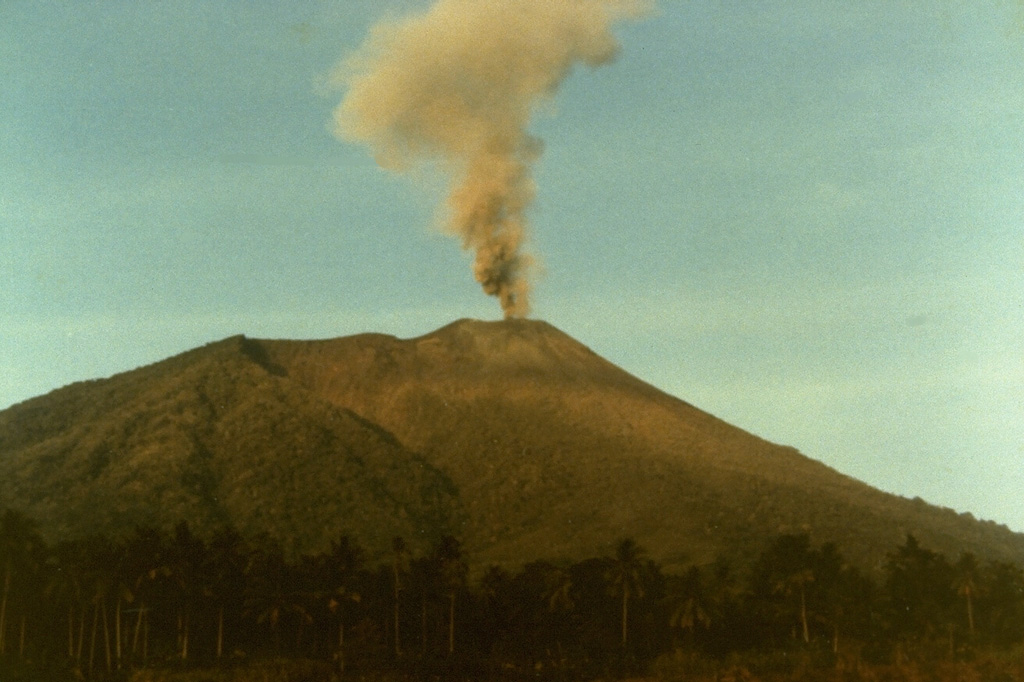 A small explosive eruption of Gamalama volcano in September 1980 is seen from the airport on the NE side of Ternate Island. Nearly 40,000 people evacuated to a nearby island during the first two days of the eruption, which began on 4 September and lasted until the 23rd.