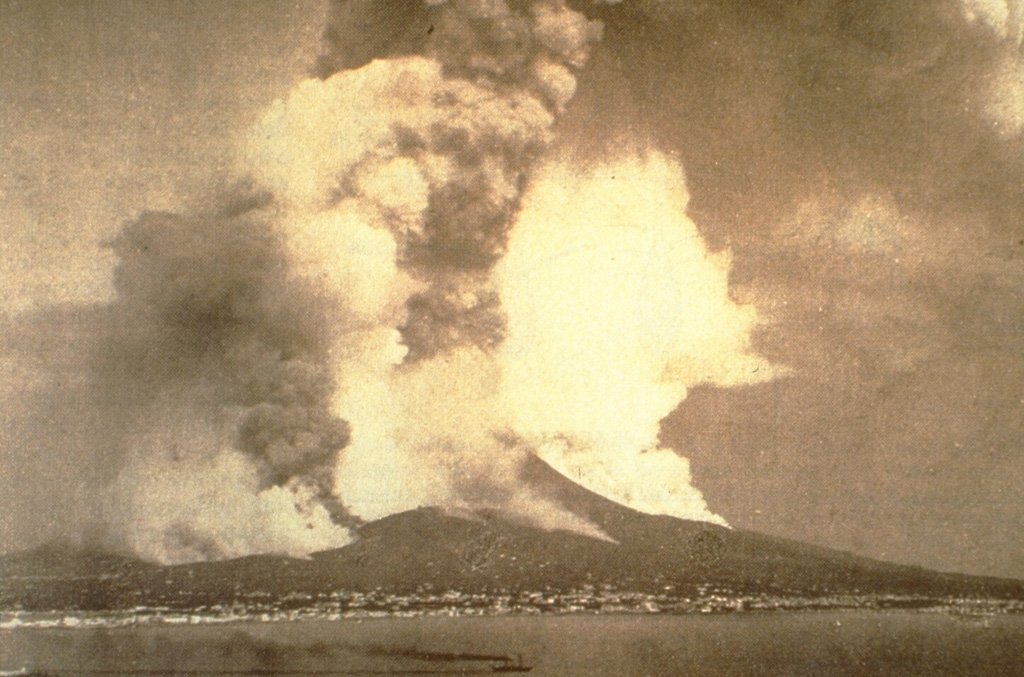 This photograph of Vesuvius looking east across the Bay of Naples depicts the major eruption of April 1872. A vigorous eruption plume rises from the summit crater and ash plumes also rise from a NW flank fissure that fed a lava flow that traveled far down the W flank, overrunning several villages. Steam also rises above another lava flow below and to the right of the summit. This eruption began with lava effusion in December 1870.