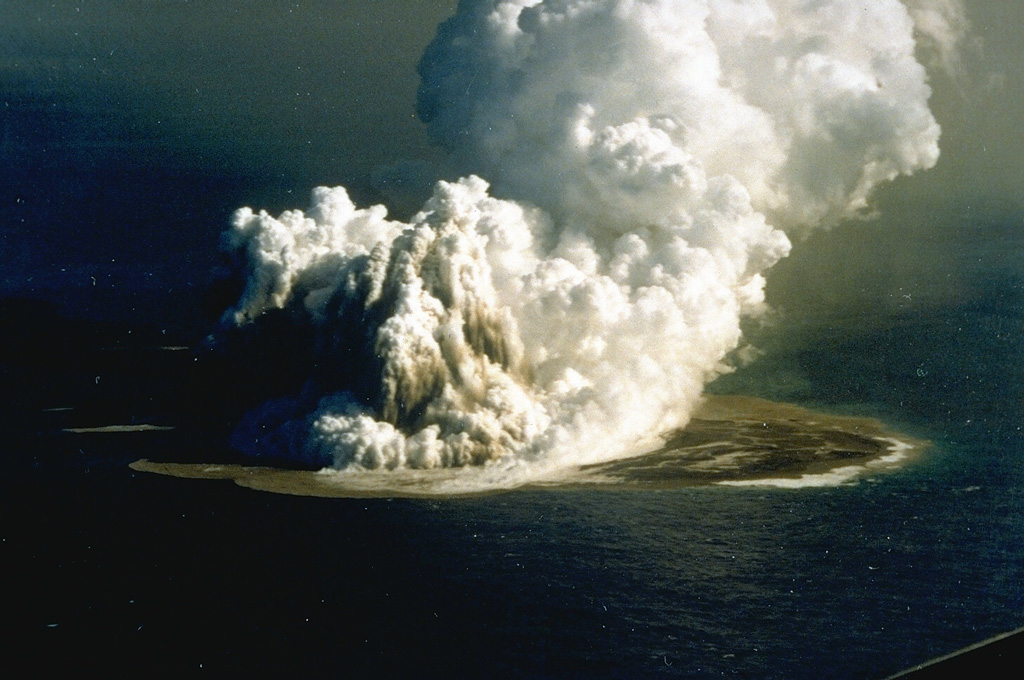 An eruption plume rising 3-4 km above Fukutoku-Oka-no-Ba was witnessed from fishing boats on 18 January 1986. A 4-km plume was detected by radar the following day. On 20 January a new island formed (seen here to the right of the eruption plume). The island reached maximum dimensions of 400 x 600 m, with a height of 15 m. Frequent strong explosions continued on 21 January, the day of this photo, and decreased in intensity that afternoon. Explosive activity ended by the next morning, and the island eroded below sea level by 8 March.