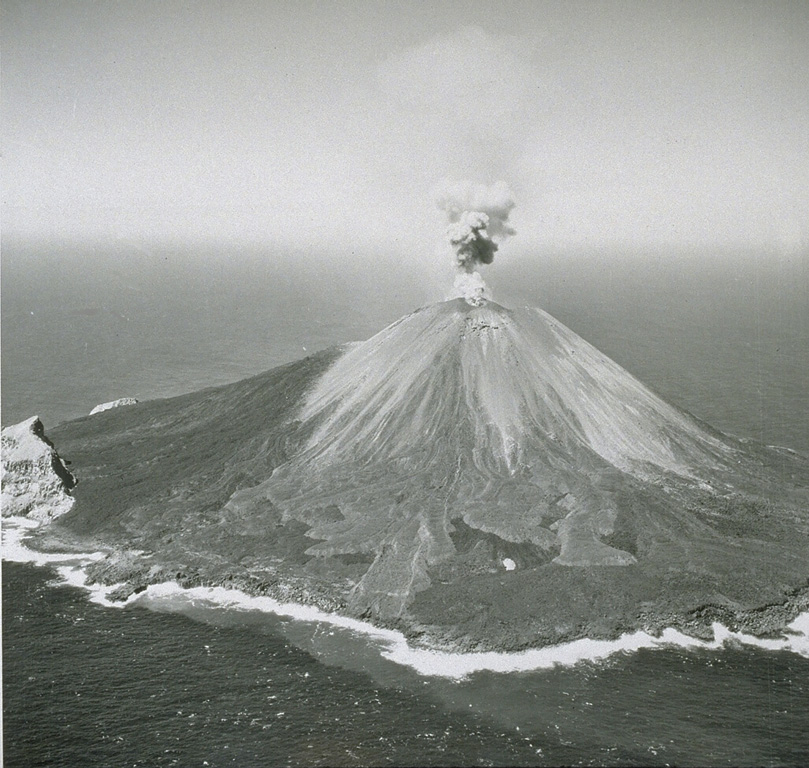 Explosive activity was frequently observed from Farallon de Pajoras volcano in October and November 1952. Lava flows were emplaced on the E and W sides of the summit in February-March 1953. This 1953 photo from the E shows a small plume rising above the summit crater and lighter-gray lava flows in the center that erupted in 1953. The lobe just left of center eventually reached the coast. Explosive activity continued until 15 April. The steep-sided peak on the SE coastline is a remnant of an older caldera. 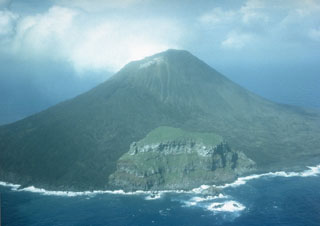