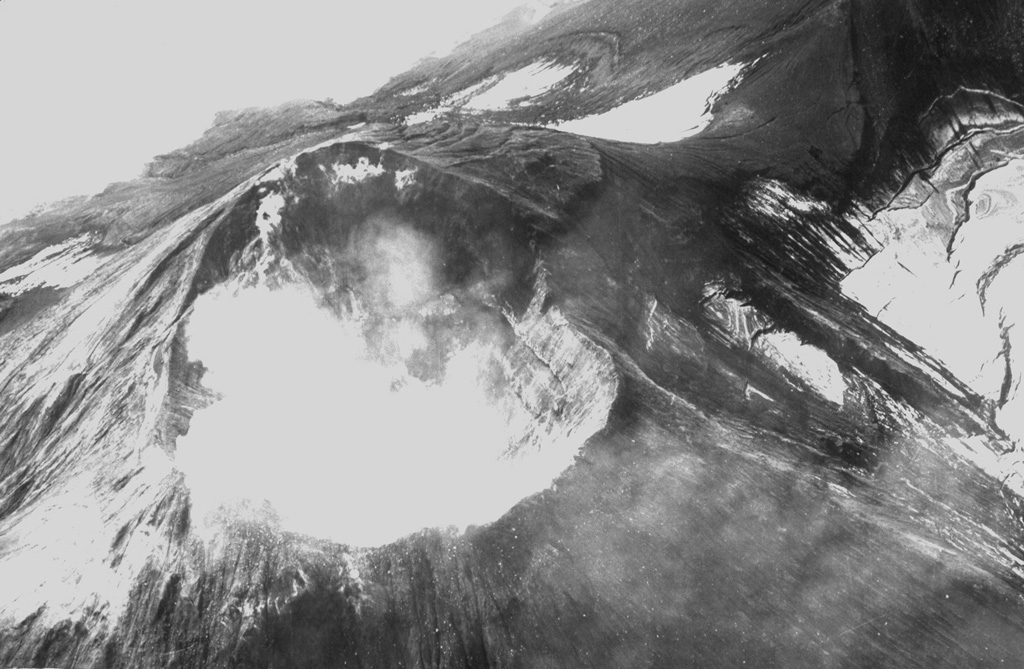 The summit crater of Kanaga is seen here in 1942. It has produced both explosive and effusive eruptions during historical time and in 1906 lava flows descended to the eastern base of the volcano, reaching the sea along the SW coast. In 1994 lava flows reached the NW coast. Kanaga is constructed within the Kanaton caldera.

Photo by R. Katchadoorian, 1942 (from the collection of Maurice and Katia Krafft).