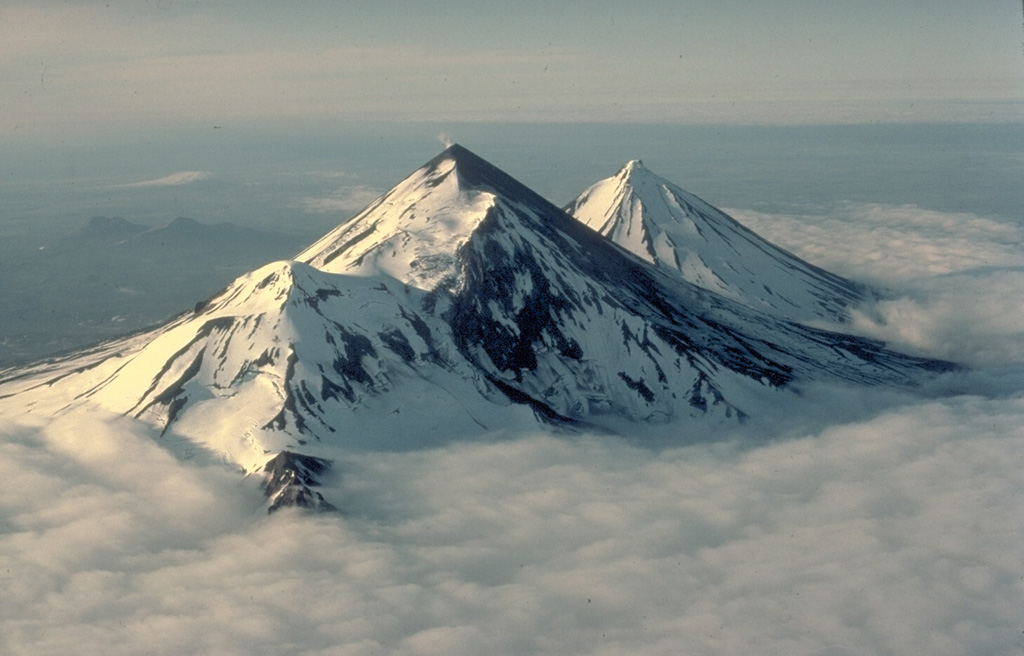 The twin volcanoes of Pavlof (left) and Pavlof Sister (right) rise above a sea of clouds on the southern Alaska Peninsula. The two conical stratovolcanoes are constructed on the same NE-SW line as Little Pavlof, a flank cone in the left center of this 1978 view from the SW. Pavlof, its NE slopes darkened by ash, is the most active volcano of the Aleutian arc. Ash-free Pavlof Sister is somewhat more glacially dissected than Pavlof and has had only one historical eruption.