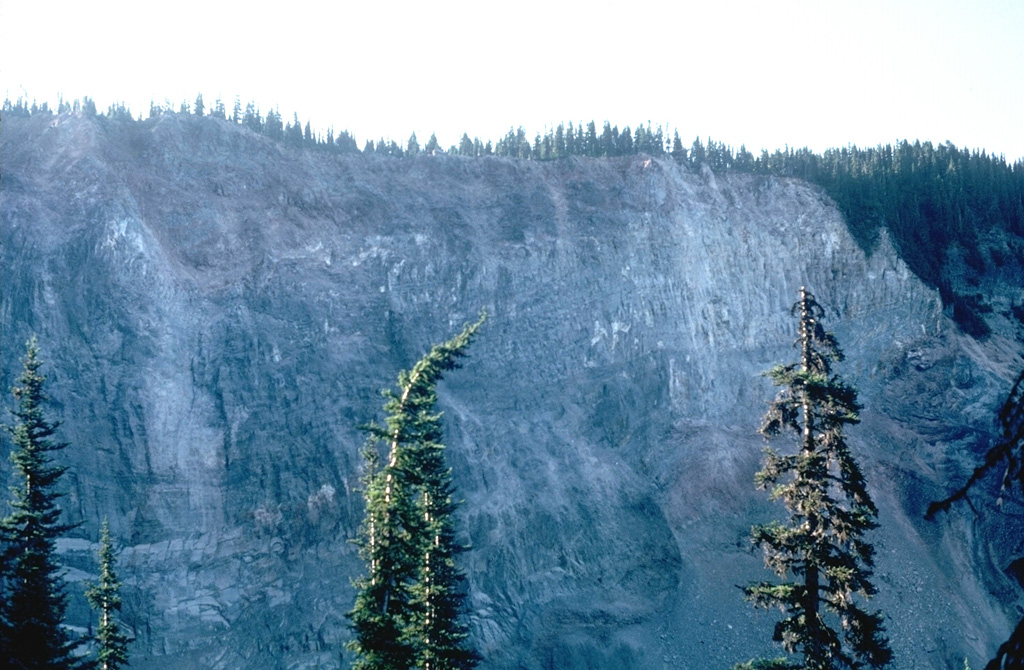 The cliff along Rubble Creek is the margin of the early Holocene lava flows that formed Garibaldi Lake. The steep lava flow margin formed when the flow ponded against the retreating continental glacier filling the Cheakamus River valley. This has been the source of several landslides down Rubble Creek, leaving a scarp known as The Barrier. 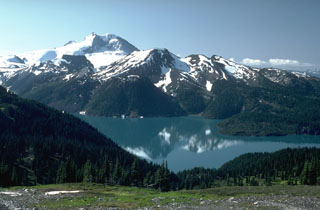