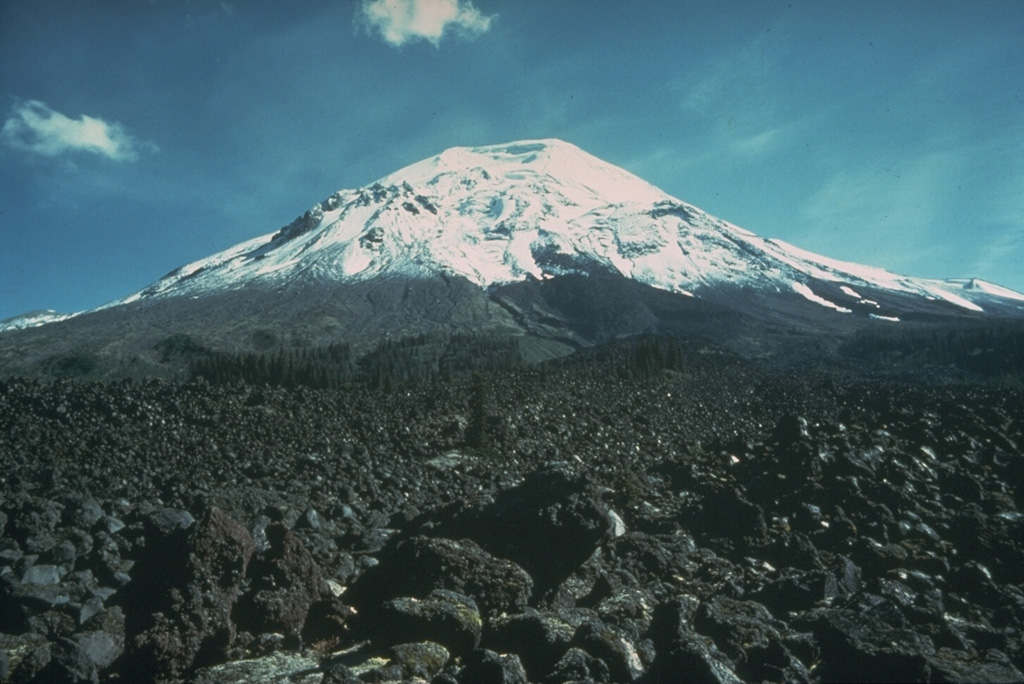 The Floating Island lava flow on the NNW flank of Mount St. Helens is in the foreground of this 1978 photo, before it was buried by the collapse in 1980. This lava flow has been dated using tree-ring evidence to an eruption in 1801, shortly after a major explosive eruption from a vent near the former Goat Rocks lava dome, halfway up the left-hand skyline in this photo.