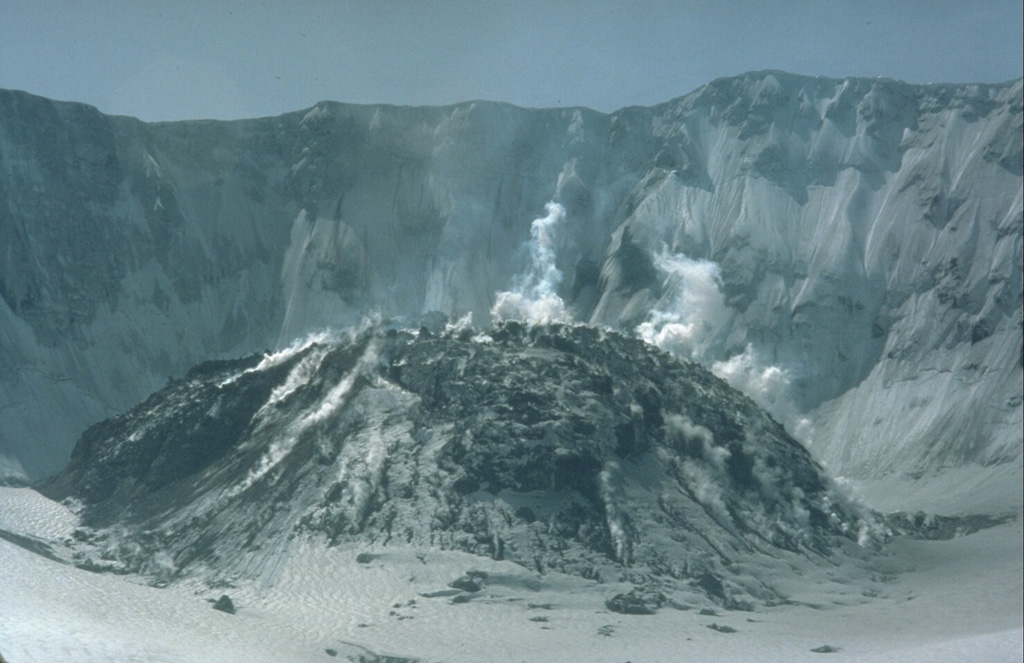 Beginning in October 1980, activity during 17 eruptive episodes built this lava dome that grew to 876 m above the crater floor, shown here in April 1983. During a 12-month period beginning in 1983 the dome primarily grew by magma rising into the interior of the dome, called endogenous dome growth. Hundreds of small gas-and-steam explosions occurred at the dome.