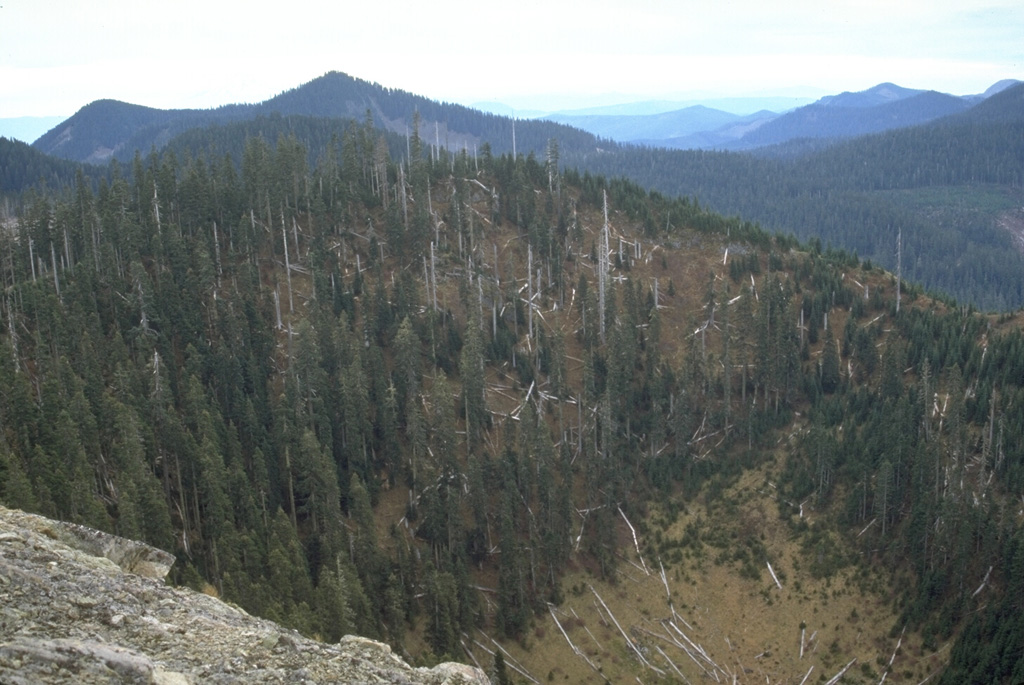 The forest-covered Bare Mountain crater in the foreground is 400 m wide and 275 m deep. It formed about 7,700 years ago during the youngest volcanic eruption in the West Crater volcanic field. West Crater itself is visible 4 km to the south to the extreme right side of the photo. The Bare Mountain phreatic crater formed in older Tertiary volcanic rocks, and unlike other Holocene eruptions in the West Crater area, was not accompanied by lava flows. 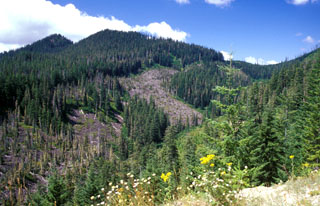