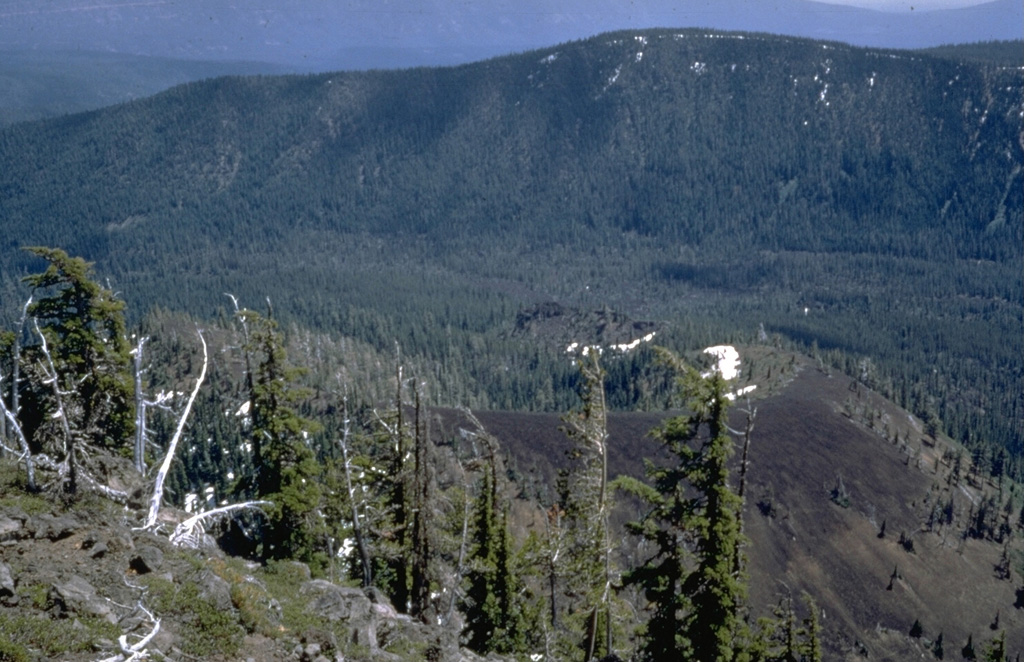 The unnamed scoria cone to the lower right, viewed from Bear Butte to the NW, was the source of a 13-km-long lava flow that traveled to the west down Jefferson Creek in the center of the photo. The lava flow overlies the northern lobe of a 6,500-year-old flow from Forked Butte, another Holocene scoria cone south of Mount Jefferson. The Forked Butte lava flow divided into lobes that traveled on either side of Sugar Pine Ridge in the background.