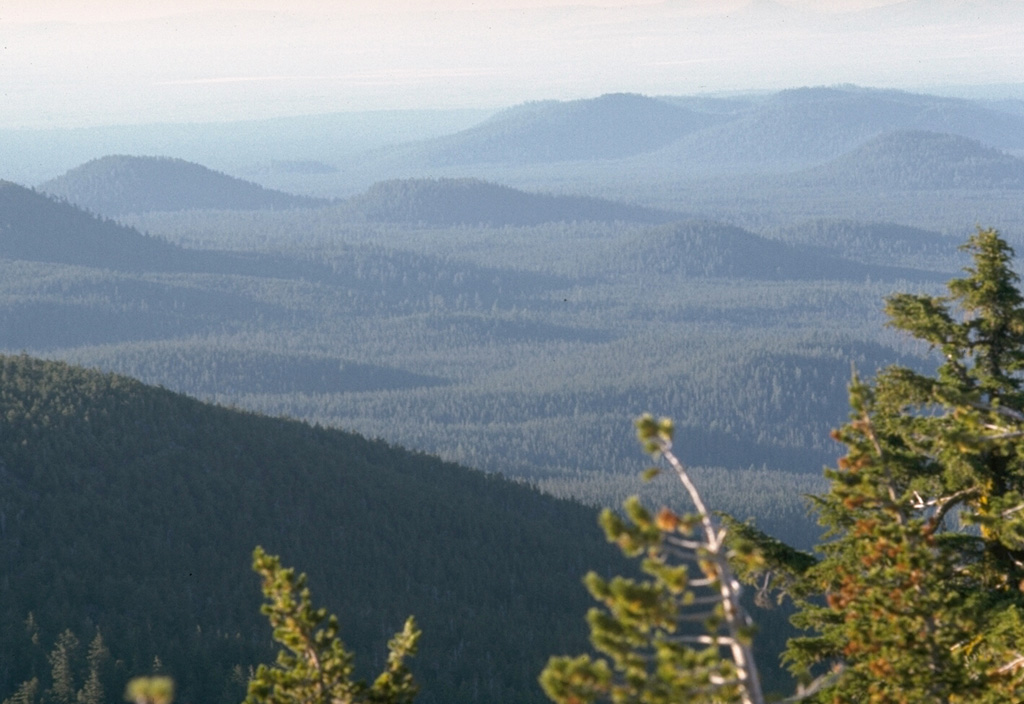 As many as 400 scoria cones that dot the flanks of the massive 30 x 60 km wide Newberry shield volcano in Oregon are seen in this view from Paulina Peak on the south rim of Newberry caldera. The scoria cones at Newberry are most abundant on the north and south flanks. Many are of Pleistocene age, but cones along a rift on the NW flank and some on the south flank have erupted during the Holocene.