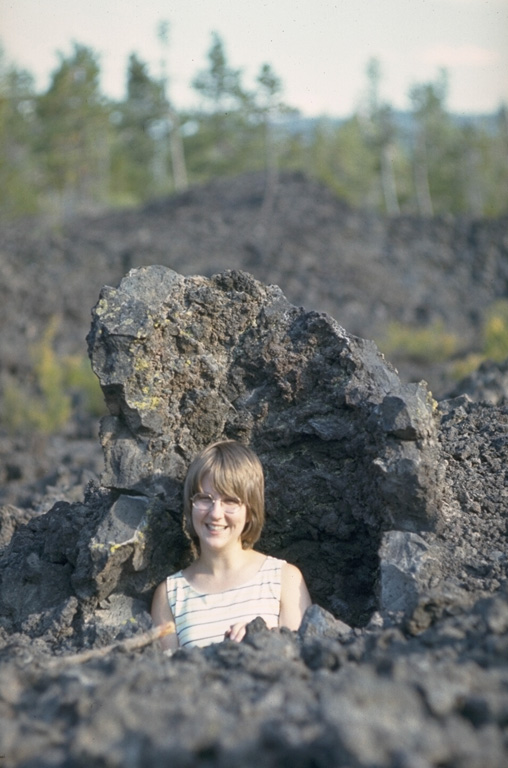 The Lava Cast Forest lava flow on the NW flank of Newberry volcano, with radiocarbon ages of 6150-6380 years, is noted for its many hollow tree molds with exposed collars of chilled lava sticking above the surface of the lava flow. These features formed when flowing lava chilled against standing tree trunks, which then burned from the heat of the lava. Horizontal tree molds formed around trees that had either previously fallen or were toppled by the advancing lava flow.