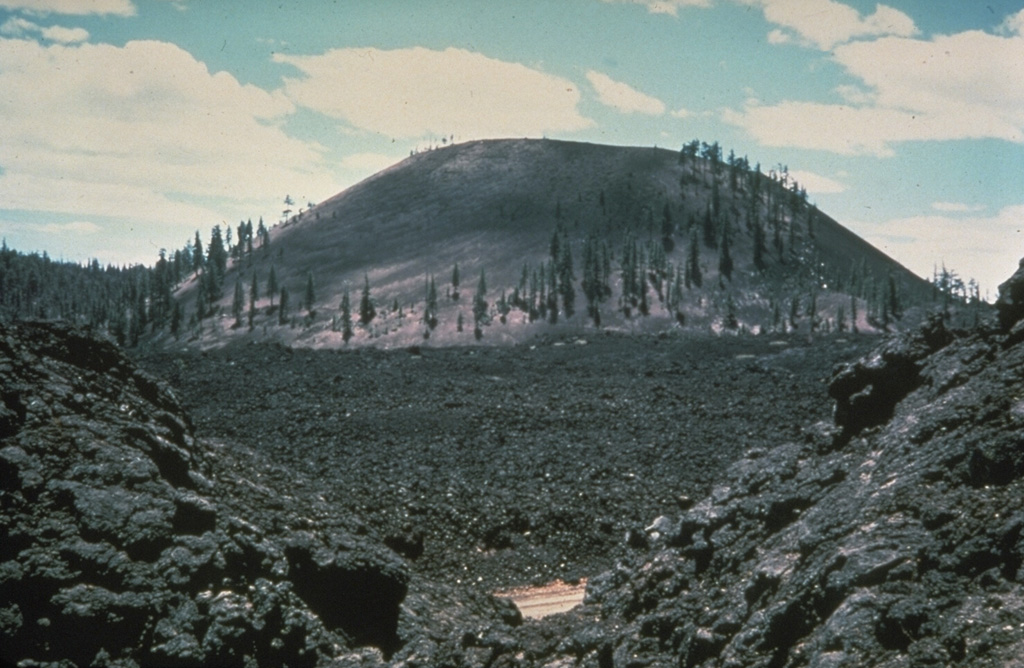 Medicine Lake Volcano's summit caldera is seen here from the east rim, with Mount Shasta in the background. The 7 x 12 km caldera, the source of Medicine Lakes largest eruption, (~180 ka) is partially filled by Medicine Lake, Medicine Lake Glass Flow (on the right) that erupted ~5,200 years ago, and the older Lake Basalt flow (~89 ka; in the foreground). During the Holocene several obsidian flows have erupted inside and along the rim of the caldera with large pumice deposits, and voluminous basalts have erupted on the flanks.