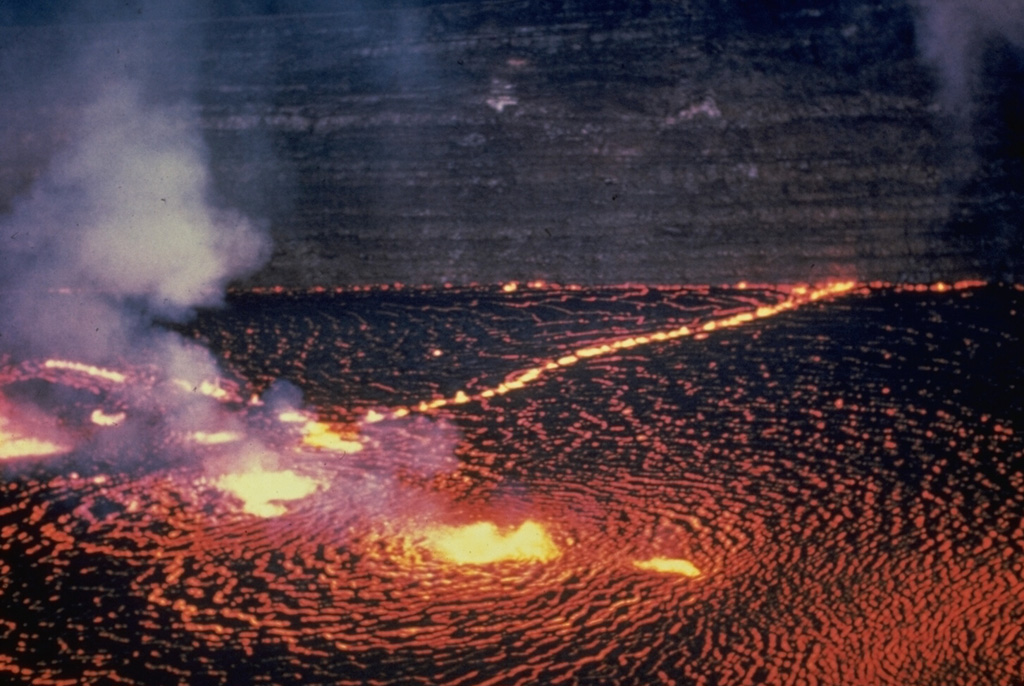 The Halema‘uma‘u lava lake is seen from the east on 31 May 1954. Several areas of vigorous lava fountaining occurred here as well as lower fountaining along nearby fissures. Later in the first day of the three-day-long eruption the fissures extended over the crater wall and to the ENE to produce lava flows on the caldera floor. Thin lava flows exposed in the Halema‘uma‘u pit crater walls appear in the background.