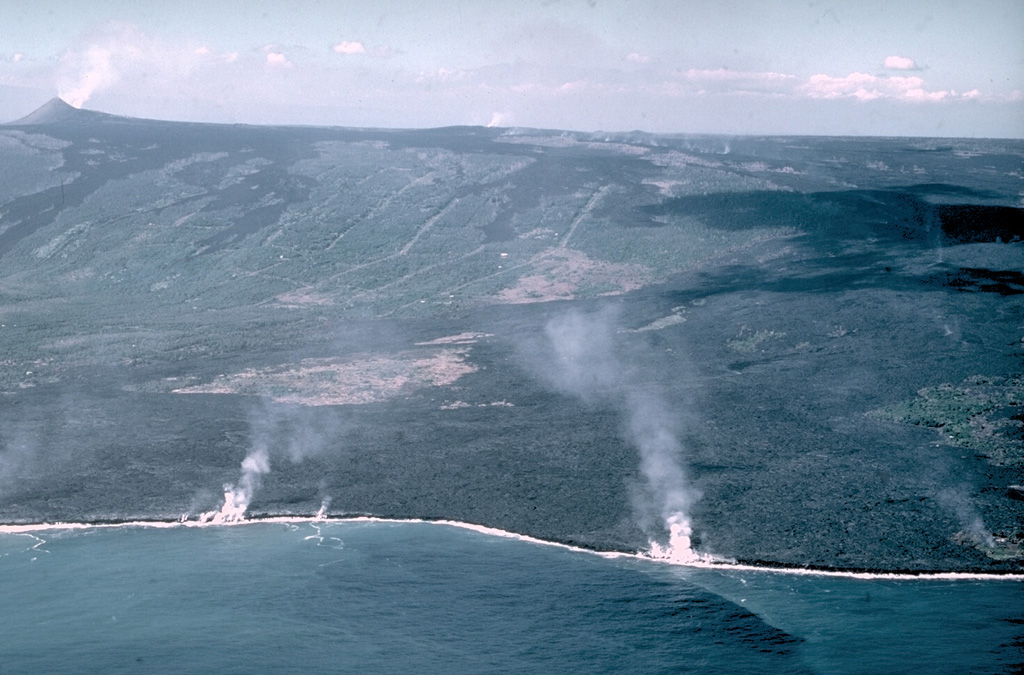 Laze (a plume of hydrochloric acid, steam, and fine glass particles) rises along the Puna coast where lava flows enter the sea in this 28 December 1987 photo. The flows originated from a fissure along Kīlauea's East Rift Zone from the Pu‘u ‘Ō‘ō scoria cone (upper left) to the Kūpaianaha lava lake (small gas plume in the center of the horizon). Lava flows traveled 10 km to the coast and inundated several subdivisions and villages.