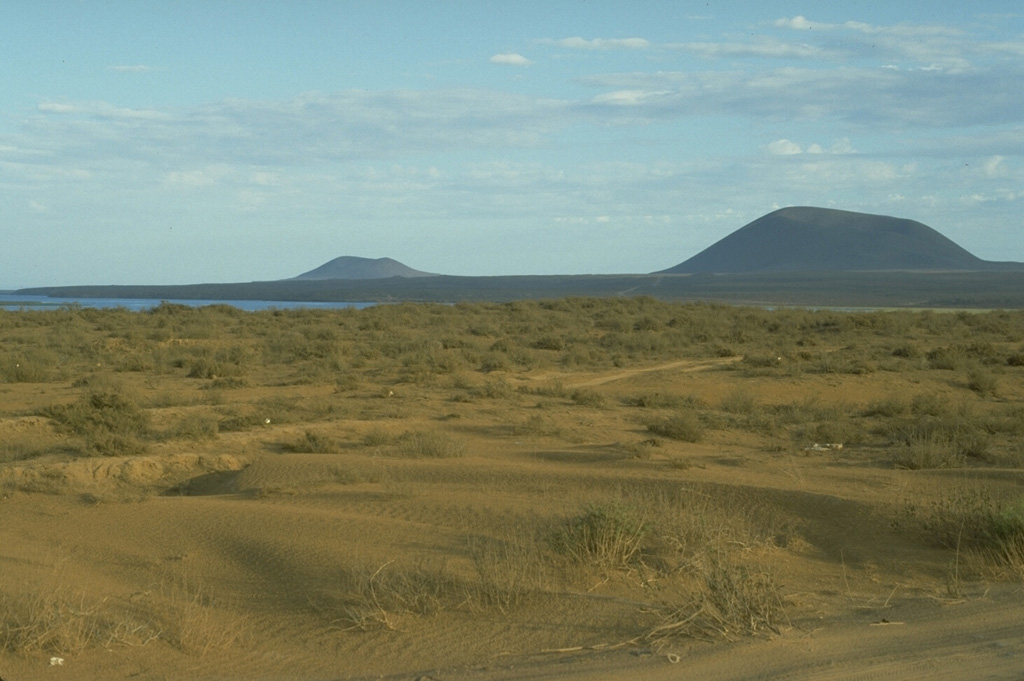 Volcán Ceniza (left) and Volcán Kenton (right), seen here from near Chapala, are two of a group of young cinder cones in the southern part of the San Quintín volcanic field in northern Baja California. Along with the Riveroll cone to the NW, they are constructed along a NW-SE line, one of several fracture patterns in the San Quintín field. The two cones form a peninsula jutting into Bahia Falsa, part of which is visible at the left. 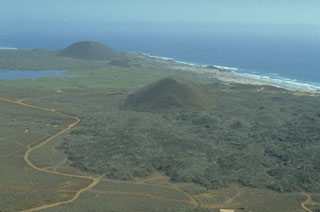