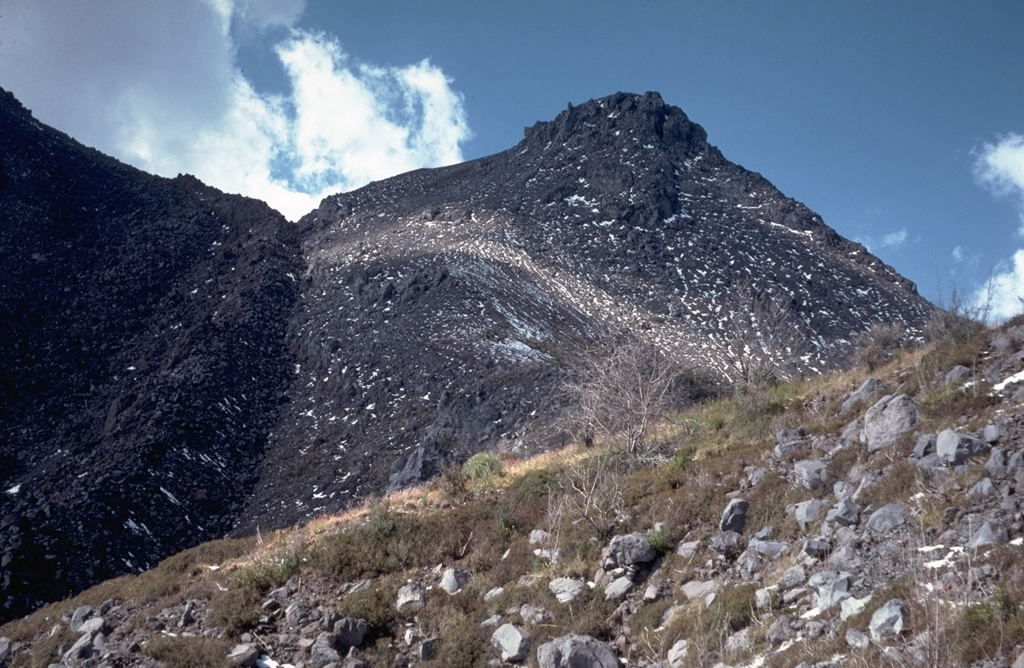 The peak to the upper right is El Volcancito, a lava dome on the NE flank of Colima that began extruding on 12 June 1869 following large explosive eruptions. The dark-colored lava flow with the steep margins to the left erupted from the summit dome during 1975-76. The flow descended the NE flank towards the saddle and then split into two lobes on either side of Volcancito and traveled N and SE.