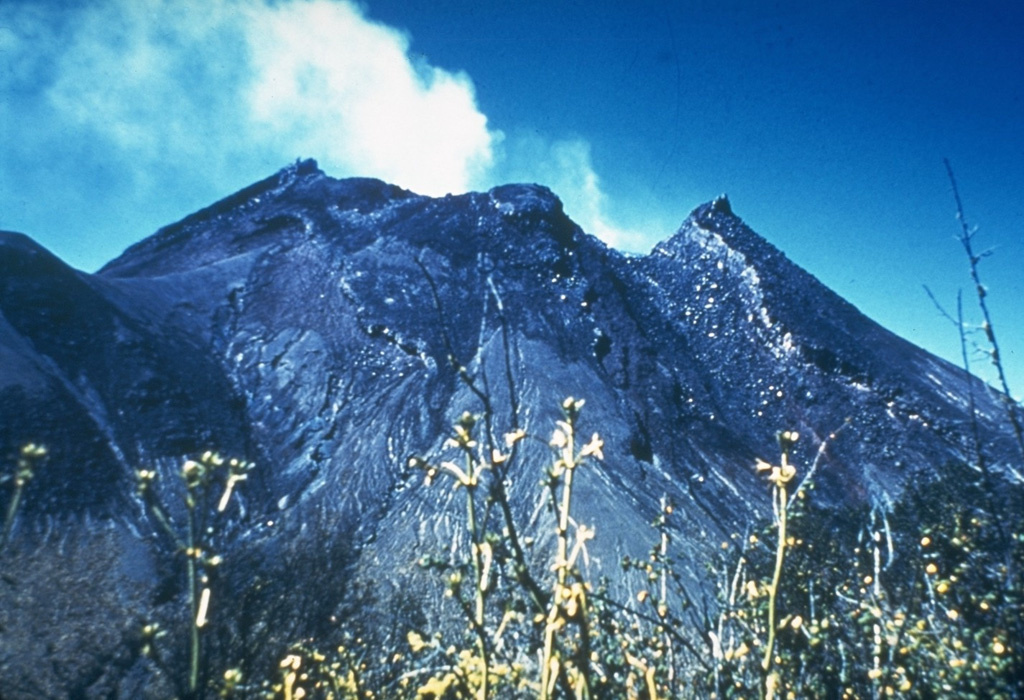 A gas plume rises above a growing lava dome below the crater rim of Colima in May 1958. The dome, which had been at a level 50 m below the deep notch in the northern crater rim (right) for several decades, had begun growing in May 1957 and eventually filled the crater. In 1961 lava began overflowing the crater through this notch. The photo was taken from the NE, with the NE-flank El Volcancito lava dome to the far left.