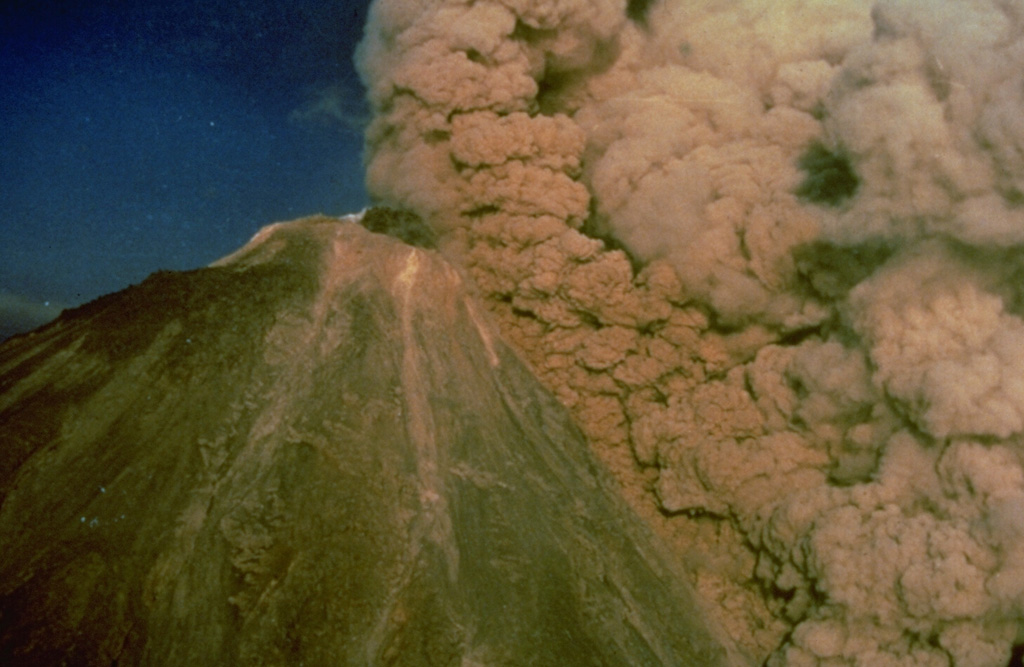 An ash plume rises above a pyroclastic flow traveling down the SW flank of Colima on 16 April 1991, colored orange by the late-afternoon sun. The pyroclastic flow was produced by collapse of unstable parts of the summit lava dome. The black mass at the summit is a lava dome that began growing on 1 March. Later in the eruption, which ended in October, a lava flow traveled down the SW flank to 2,600 m elevation from the roughly 3,850-m-high summit.