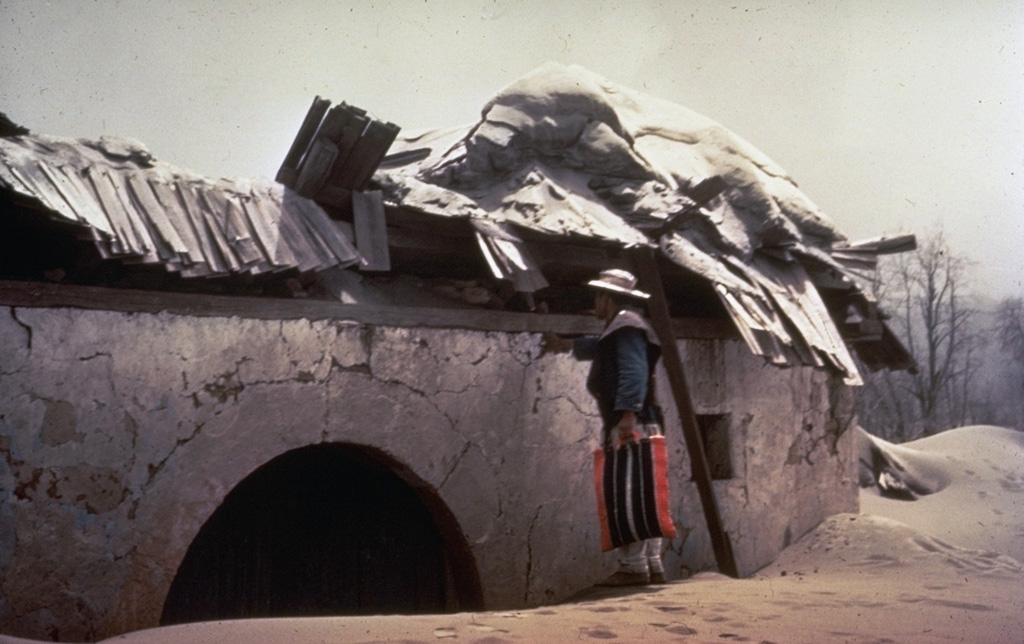 A villager inspects the roof of a house in the village of Parícutin that was destroyed by heavy ashfall in the first year of the eruption. The village that the volcano was named after was located only 3 km NW of the new cone. Ashfall was particularly intense during the eruption's second to fifth months, and the town's 733 residents were forced to evacuate four months after the eruption began. The Mexican government provided new lands in Caltzontzín, 27 km to the SE.