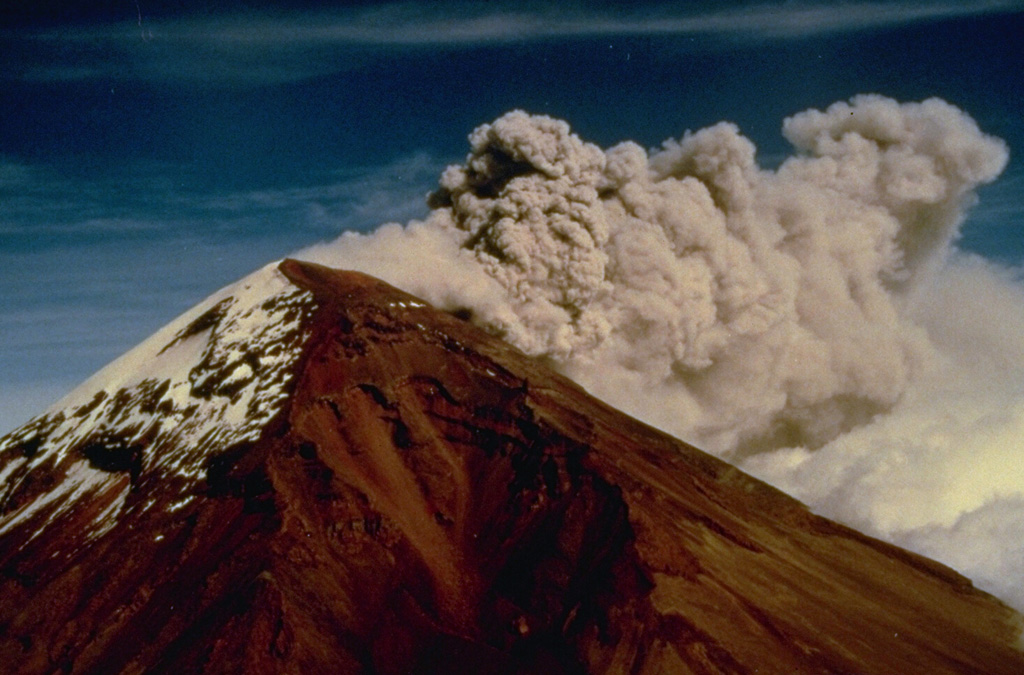 Strong winds disperse an ash plume to the NE from the Popocatépetl summit crater in December 1994. Phreatic explosions that began on 21 December were the first at the volcano in nearly a half century, resulting in ashfall in the city of Puebla, 45 km E. Intermittent ash eruptions lasted until May 1995 and then resumed in March 1996. The explosions ejected a small lake from the crater floor, and three small new craters appeared at the base of the east crater wall.