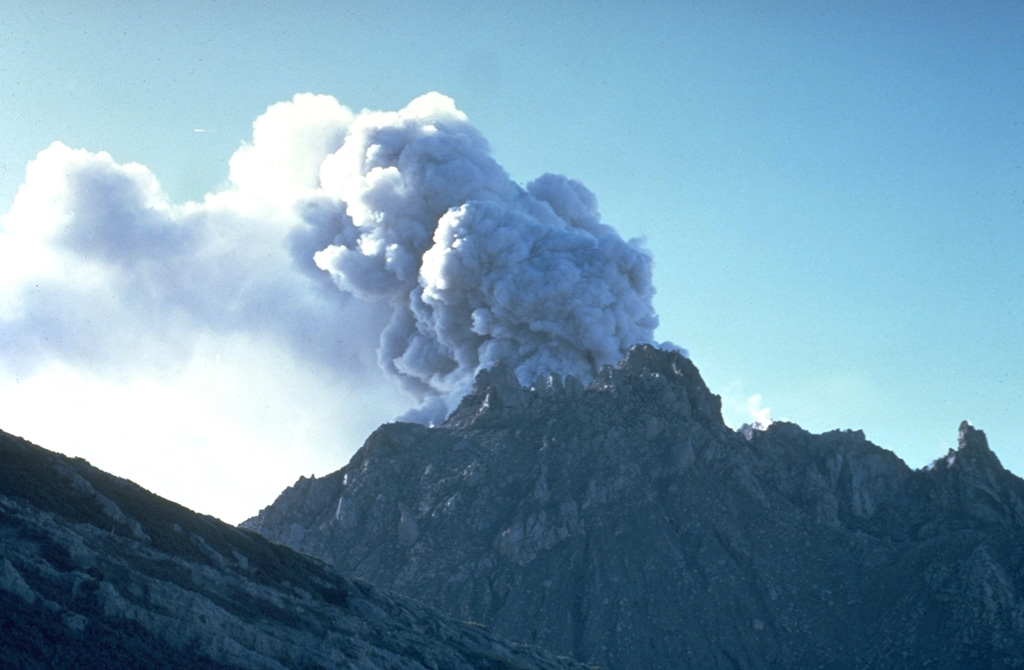 An ash plume rises above the Caliente vent in February 1968. Lava spines protrude from the easternmost vent of the Santiaguito lava dome. The flank of the Santa María edifice appears to the left in this view from the north.