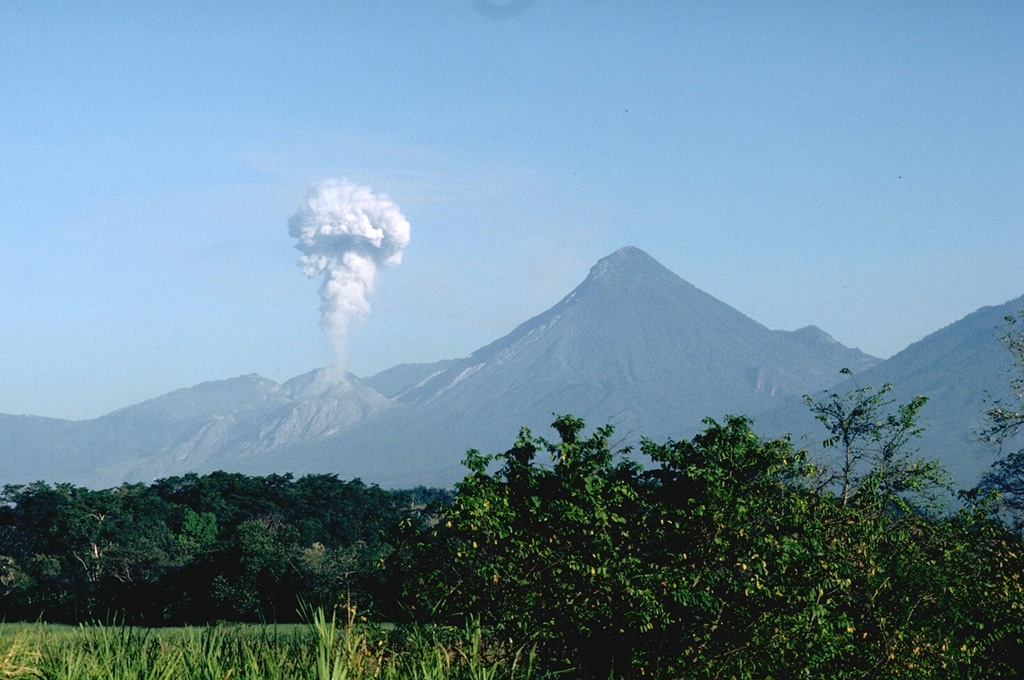 An ash plume rises above the Santiaguito lava dome in March 1988. Explosive eruptions such as these are typical of the growing lava dome since activity began in 1922. The dome was constructed at the base of a large crater, seen here in profile from the Pacific coastal plain to the SE. The crater formed low on the SW flank and extended almost to the summit.