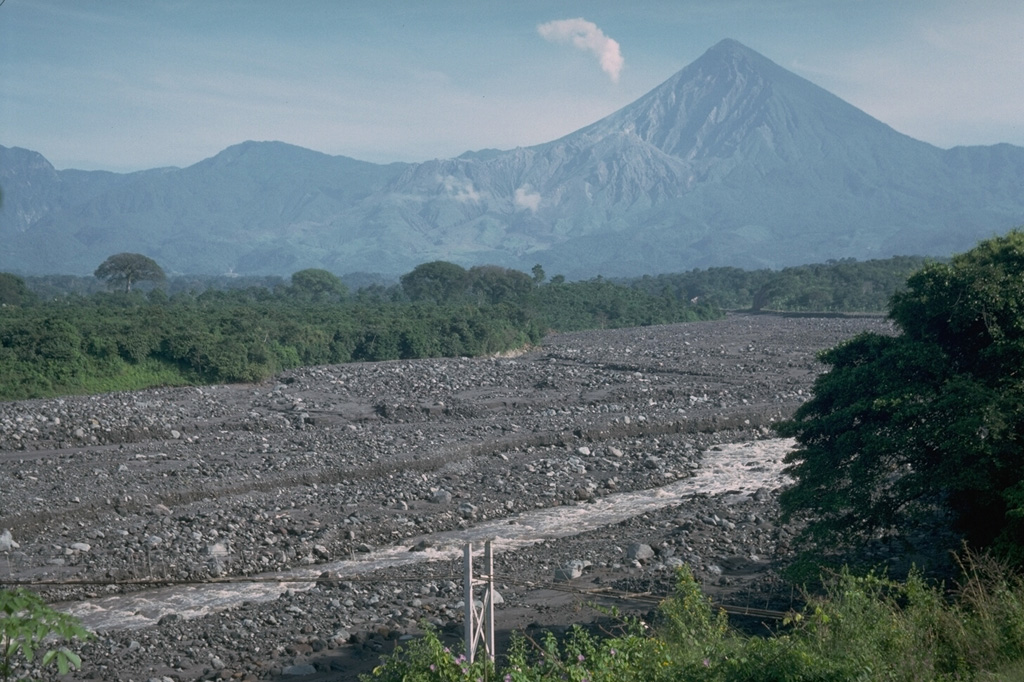 Lahar deposits produced by the remobilization of Santiaguito lava dome collapse deposits. The dome is visible below the steam plume to the left of Guatemala's Santa María volcano. Lahars have dramatic effects on downstream drainages, as seen in this December 1988 photo that shows the Río Tambor to the SW, filled bank-to-bank with debris. Bridges such as the one in the foreground have frequently been destroyed during rainy-season lahars, which have traveled 35 km or more from the volcano.