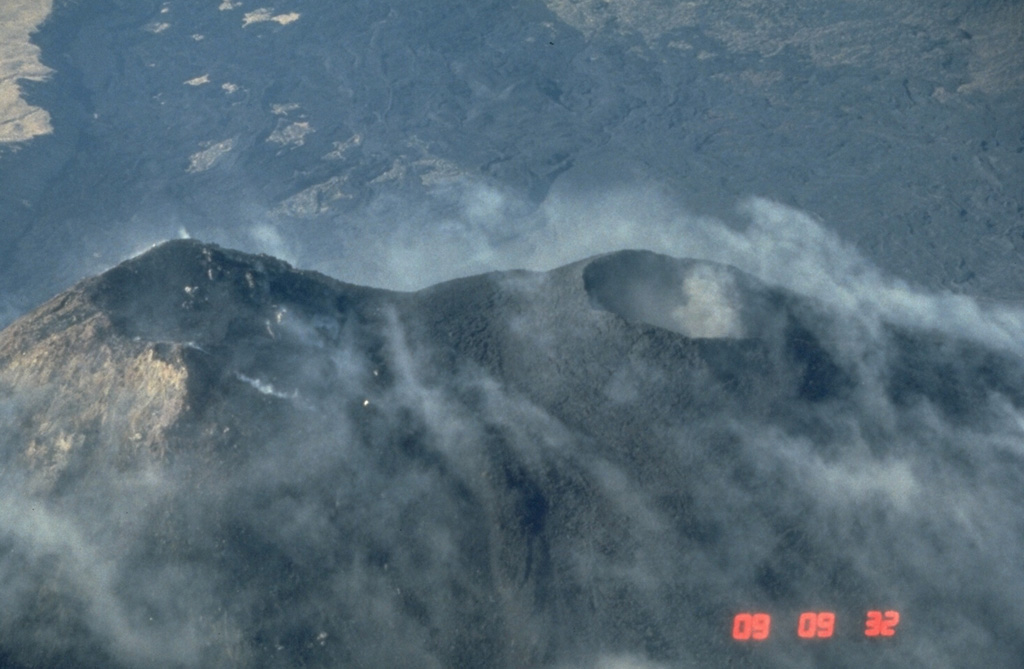 MacKenney crater (right), constructed NW of an older cone at the left, has been the source of most of Pacaya's historical eruptions. Frequent Strombolian eruptions repeatedly build up the cone after it is partially destroyed by intermittent larger explosions. An extensive lava flow field produced from MacKenney cone since 1965 is in the background of this 25 January 1987 view from the NE.