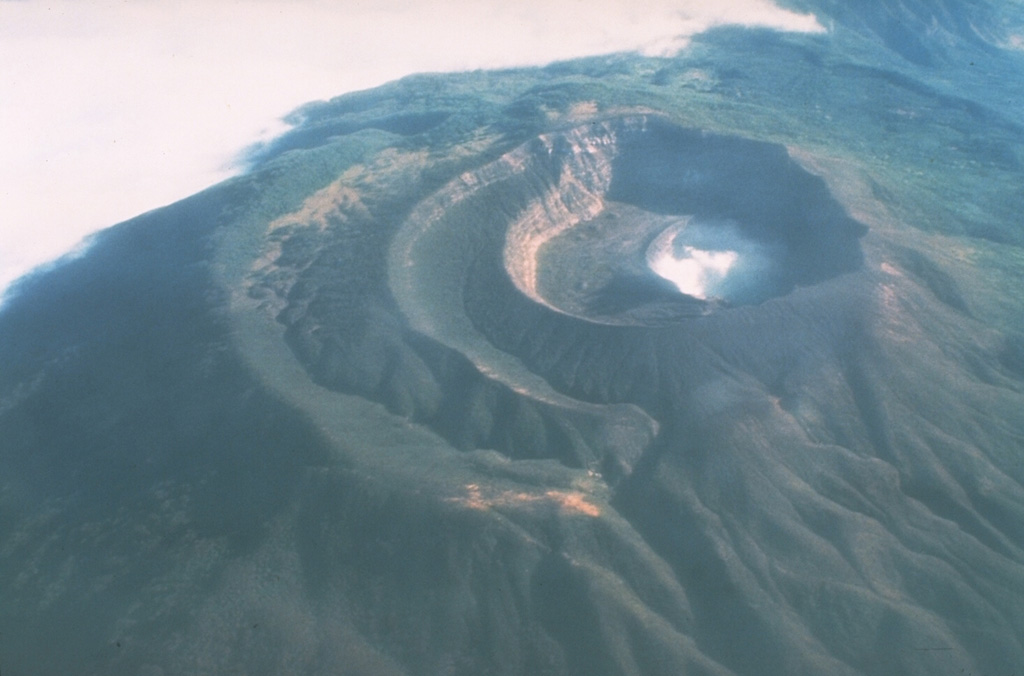 Santa Ana has four nested craters at its summit, seen here from the SW. A series of flank vents and cones have formed along a 20-km-long fissure system that extends from the lower NNE flank to the San Marcelino and Cerro Chino scoria cones on the SE flank. Historical eruptions have been recorded since the 16th century and have largely consisted of small-to-moderate explosions from both summit and flank vents.