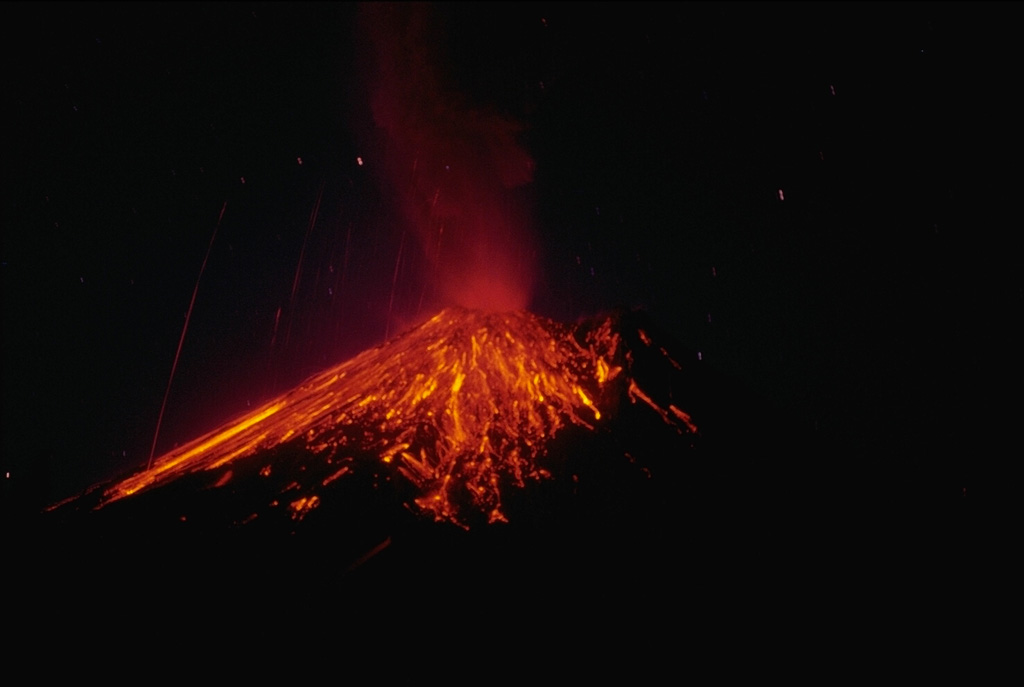 A nighttime time-exposure photo of Arenal on 3 April 1990 shows the paths of incandescent blocks that landed on the upper flanks and traveled downhill. Near-constant lava effusion, accompanied by periods of heightened explosive activity, has occurred since a large explosive eruption in 1968.