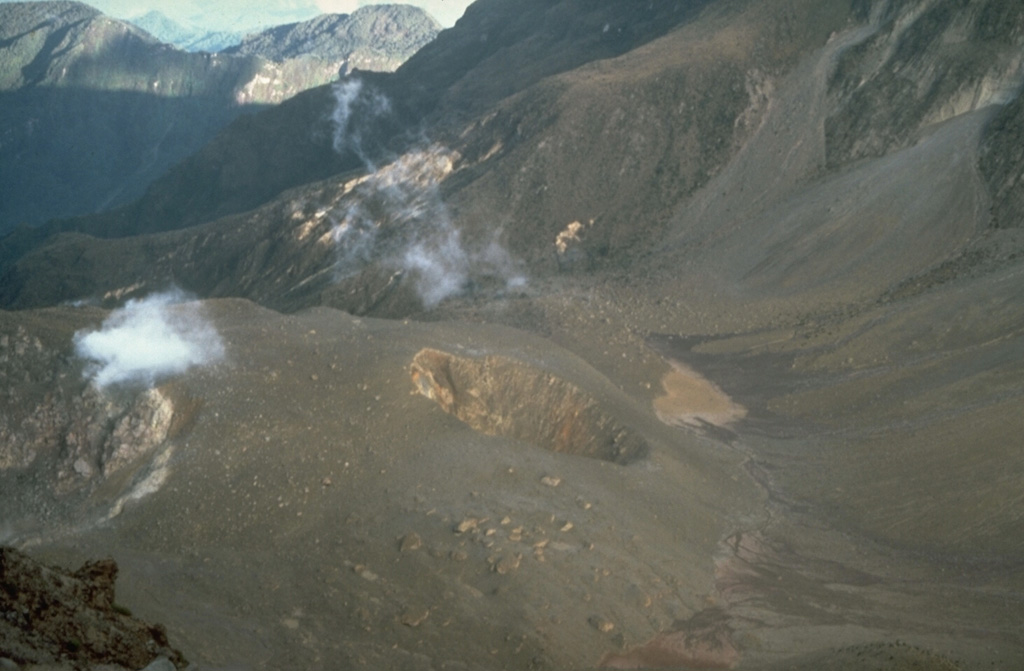 The small crater in the center of the photo was formed during phreatic eruptions in 1981-82 that blasted a hole on the NE side of the lava dome filling the summit caldera of Guagua Pichincha volcano. The first explosions in late August or early September 1981 were followed by others that by May 1982 had merged three small craters into a larger 50-m wide crater. A month later the crater had grown to the 100-m-wide size seen in this 1988 photo. The eruption lasted until late 1982.